Is there a purpose for the E61 middle brew lever position?

Need help with equipment usage or want to share your latest discovery?
← Back to Espresso Machines • 12 posts •

This may be a stupid question, but is there any purpose or reason for the lever to be half way from the off position to the brew position? I haven't found a use or any info anywhere regarding this. This pertains to any HX machine I suppose but my question is about the Anita's lever.

Thanks,
Alan
"Try before you pry" & "Brains are slippery"
Top

This E61 pictorial should help.

In the middle position, neither spring set is loaded and both gaskets are seated.
Ian's Coffee Stuff
http://www.ieLogical.com/coffee
Top

I sort of understand what I see but exactly what is the point then of having the lever half in the middle? Is this a true position that serves a purpose?
"Try before you pry" & "Brains are slippery"
Top

If your machine is fed by line pressure, you can use the middle lever position to "prewet" the coffee puck. An interesting discussion of this here and excerpted below.


olypdd wrote:You make an interesting point, but in the case of my machine, as soon as I engage the pump, the water is pumping out at what would appear to be enough pressure to hit the puck with a fair amount of force, vs a mere preinfusion (passive release of static line pressure). When there is a loaded portafilter in the machine, it does ramp up to brew bar in a matter of seconds. When I raise the brew activation lever with the machine off, water runs out the brew group at a leisurely trickle, that which would appear to saturate the grounds in a manner consistent with the idea of preinfusing them in a way so as to not disrupt the integrity of the tamp, and to counter the ability for water at brew pressure to channel along side the puck, vs saturating it uniformly.

...
Perhaps I misunderstood what exactly "defines" preinfusion as it relates to the operation of an E-61 brew group, but based on what I have read, and derived from speaking to Chris Coffee, it seems reasonable that initial soaking of the grounds at just over static pressure vs live pump pressure provides less invasive pre-infusion.

I did a little experimentation as documented in The Secret Life of Ristrettos, excerpted below:


HB wrote:While my comment isn't directly related to this thread, lately I've been experimenting with extraction rates as part of the Vetrano wrapup. That, plus Ken and Jim's The Impact of Preinfusion on the Taste of Espresso Shots has me thinking about extended preinfusion for E61s, despite their native capability.

Combining the two ideas, I increased the water inlet pressure to three bar. When the lever is up and the machine is off, water flows readily through the grouphead. The "rebound" time for the Vetrano is 30 seconds after the flush, so I reserved the last 10 seconds for additional preinfusion. Specifically: So what does this have to do with ristrettos? Getting the grind perfect for ristrettos on heat exchanger espresso machines can be tricky. Too slow a flow and the HX will overheat, producing a doubly-bitter shot (partially from high temperature, partially from overextraction). Too fast a flow and the rich, sweet, punchiness of a ristretto can be lost. The extra preinfusion appears to increase the margin of error.

As a rule of thumb, ten seconds of (extra) preinfusion equals a grinder adjustment of two millimeters coarser on the Mazzer Mini, or a reduction of coffee equal to approximately 1.5 grams (*). Running the mega-sized preinfusion "softens" the puck and opens a wider window for good extractions. My results so far for ristrettos are improved, though the opposite occurred for regular doubles, where the flavors became muddy and flatter.

(*) Don't take these numbers too literally, they are meant to convey that the effect is very small.

The machine off-on trick avoided any quibbling about the "3/4" position being used for preinfusion. I'm not convinced of the merits of this approach, but it's worth further experimentation.


olypdd wrote:Wouldn't the same ramp up to pressure there serve to preinfuse the coffee as you mentioned with the E-61. In fact, it seems to ramp up more slowly than my Vetrano rotary pump, but I haven't timed the two. Perhaps I will do this.

It's not easy to compare different grouphead designs; adding different pumps makes it even more challenging. That was a surprising lesson I learned in Pressure profiles, preinfusion and the forgiveness factor, i.e., the assumption that a slow pressure ramp up = preinfusion = high forgiveness factor isn't true. I thought it didn't make sense, but several others (including Jim) have confirmed my findings that the A3, which ramps up as fast as a rocket, is a forgiving espresso machine.


RapidCoffee wrote:Yes, prewetting may provide a more even extraction because it allows the coffee grounds to expand and fill in cracks in the puck. But you'd be better off fixing the grind/dose/distribution/tamp defects that produced those imperfections in the first place, and only then play around with pre-preinfusion. Note that Dan used an extended preinfusion for reasons of taste, not to fix channeling.

No offense intended. We all go through this with the bottomless PF. It's a great tool for improving espresso technique - and teaching humility.

FireguySpro wrote:This may be a stupid question, but is there any purpose or reason for the lever to be half way from the off position to the brew position? I haven't found a use or any info anywhere regarding this. This pertains to any HX machine I suppose but my question is about the Anita's lever.

No intended purpose or reason, other than, presumably, ensuring one valve is fully closed before the other opens. However, if your pump switch is adjusted "correctly" you can make use of it.

When backflushing with cleaner, you can keep the pressure in the group for a while (pump running), then lower the lever to release the pressure. Out comes a lot of the cleaning agent....so does a reasonable job.

If the group is a bit dirty or you want to deep clean behind the shower screen and upper part of the group, then the half way position can be useful as it maintains much of the pressure in the group and can allow you to "bathe" the shower screen in cleaner for a minute or two (without the pump running).
Top

DaveC wrote:If the group is a bit dirty or you want to deep clean behind the shower screen and upper part of the group, then the half way position can be useful as it maintains much of the pressure in the group and can allow you to "bathe" the shower screen in cleaner for a minute or two (without the pump running).

A good idea. Presumably you can achieve the same result by turning the machine off and flipping the lever all the way up.
John
Top

I have been using the middle position as a soak stage when backflushing for years. I will let the pump pressurize, then lower the lever to the middle position, then very slightly to the down position. Just enough to let a little solution push up through the group. Then let it sit for a moment before dumping the pressure. Then I run the normal on/off sequence to flush the group.

I always assumed that the center position was for preinfusion for a machine that was attached to mains.
Dave Stephens
Top

Sponsored by Fellow Industries - makers of your next gen coffee kit

That's right, thanks for the reminder: I'm assuming a machine that is directly plumbed. Otherwise there will be no line pressure to force water through the group with the power (or pump) off.

On my Vetrano, the middle position engages the pump before allowing water to flow. The pump switch is not easily adjustable (yes I checked). So in my situation, turning the machine off (as Dan suggested above) is the simplest option.
John
Top

For the benefit of those who are wondering what these valves look like, a few diagrams from Lino. Please do not copy these images. 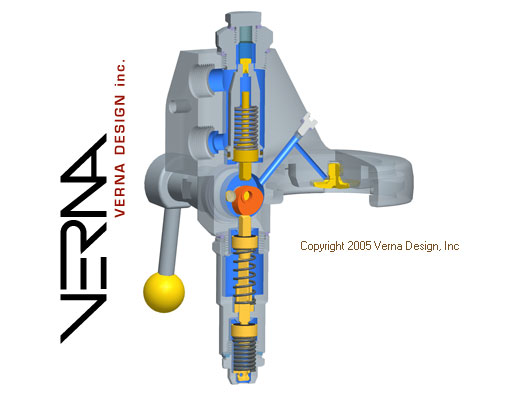 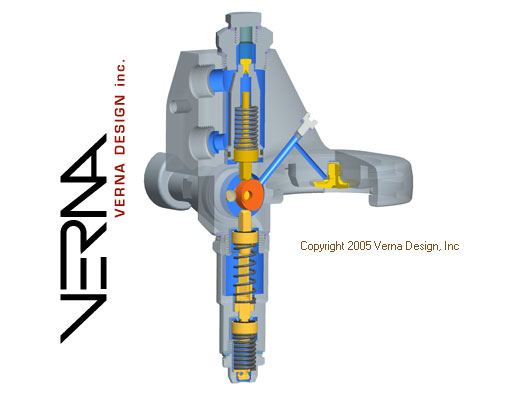 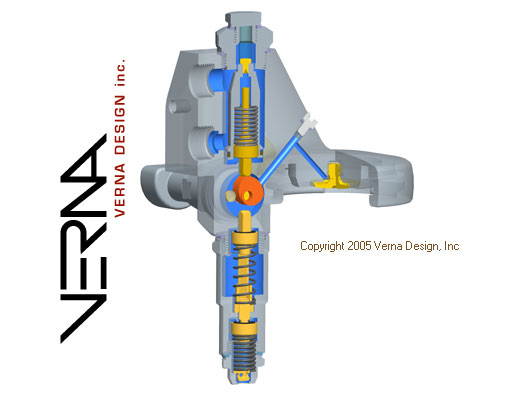 I'll tell you what I use the lever in the middle position for...

So that I can clean all the spots of coffee underneath the lever off the face of the machine due to channeling.
Top
← Back • 12 posts •
Sponsored by Urnex