Extremely impressive. Please enter my name into the raffle.

Seriously though, I hope in a few years I can snag get the first used one.
LMWDP #353
Top

This is definitely my favorite machine as well. I hope a bunch of people get it and then stop doing espresso so they can flood the used machine market!

) machines are coming out without automated temperature and flow profiling.
Top

I saw these machines at the SCAA meet in Seattle. Absolutely amazing looking machines.
Top

Jon,
I don't think you will see temperature profiling for quite some time. I tried it and it is very dependent upon the coffee you use. Supporting this was a nightmare. It is OK for someone who would like to tinker but it is very hard to direct someone to better coffee through temp profiling.

Rancilio came out with it several years ago, I spoke to their engineers then and they were having similar problems but marketing wanted to release it anyway. Now they do not mention it much.

Moderator note: A follow-up discussion of this topic continues at Temperature Profiling.
Top

I wanted to post an additional detail about the single group Slayer that I am not sure was clear before: the brew boiler is about 10% smaller in total volume for the single group versus the one for their bigger multigroup machines. It's not something that's easily noticeable, so I wanted to call it out: 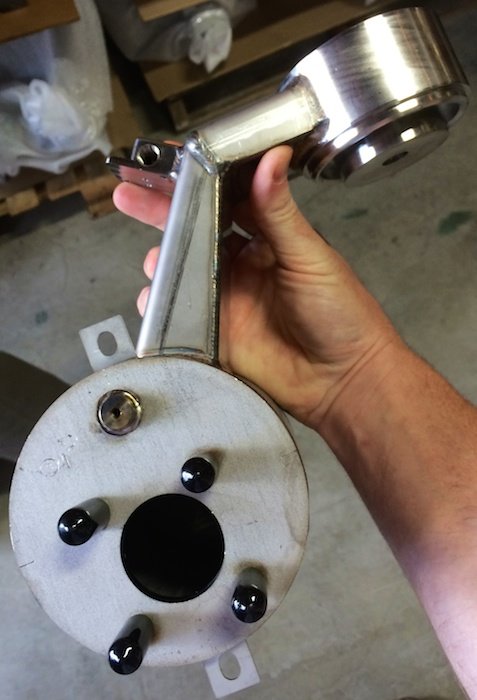 The multigroup boiler (1.23L). The main pipe that the boiler is formed from is pretty large. 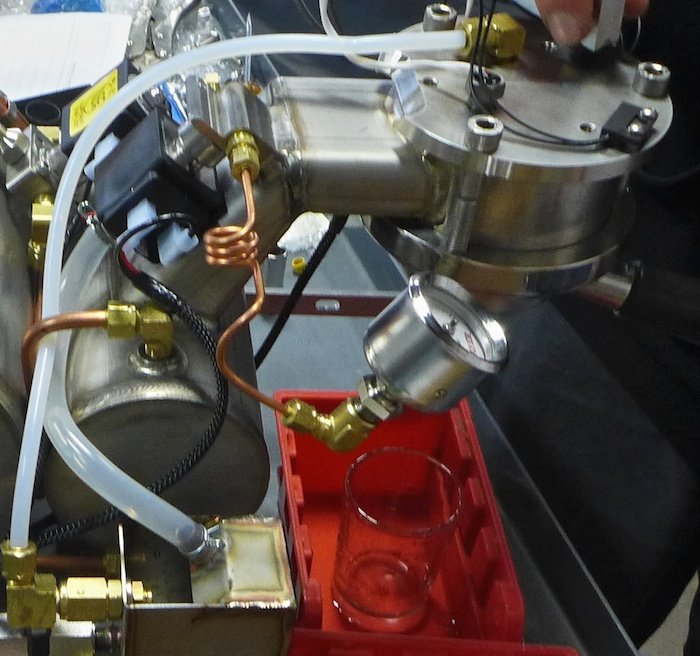 Other than the pipe diameter and moving the element cutout to the righthand side, everything else seems identical. They both use 600W inconel heaters, etc.
Nicholas Lundgaard
Top

I think im #8. This wait is killing me
Top

shadowfax wrote:You are presented with a number that appears to be % of max speed or something like that..

That is correct, according to what I was told in the booth. % max pump output. It's like 2 sub-menu's down and takes all of 5 seconds to dial where you want it to be. If I had my druthers, I'd want an ever so taller touch screen. Big hands/fingers have to do the swipe to access each sub-menu and the swipe area is quite narrow.

The single group is a dream to work on, easy to dial in, and has a pretty wide fudge factor. Learning from Jason, if you're coffee needs a bump in sweetness, leave it in pre-brew noticeably longer. If you have a high acidity but good sweetness, you can cut back out of full brew back into pre-brew to take off the edge of a too acidic shot, or in my case, it also seemed to integrate the flavors along with the acidity better, which lifted up individual flavor notes. We tested that out on one of the 3 groups of the custom Ninety Plus for a shot, since this programing wasn't setup on the single group Slayers at the booth before Friday's opening.

As far as other difficult to profile coffees, sometimes Jason just locks the portafilter and slams the paddle straight into full brew and lets the 0.7mm restricted gicleur do all the work at full pump pressure behind it. He said he's often surprised by the impressive results he gets by "punching thru" certain coffees.

Standing in front of the single group Slayer and pulling shots on it for 2 hours straight, you actually feel like you're working on a smaller machine than my (completely different) Strega. It's just a nice dreamy ergonomic paddle, and a digital display (that you can't cover your line of sight with, with cups!) but that's really all you need.

I was surprised by the simplicity of the design when the lid was opened up. The pre-brew warmer of just wrapping copper tubing around the steam boiler certainly works, but seemed, ummmm, out of place on something so high end.

If you can afford it, I don't see how someone could be disappointed. I just can't wait to see all the custom woodwork and designs added on for esthetics. Todd Carmichael came up to the booth while I was prepping, (that's when I got to meet him and get his photo). He drummed the palms of his hands against the poster behind us on the booth of a nice 2 group with Claro walnut actuators AND side panels. He was giddy, explaining how excited he was, that his single group was going to look exactly like it.
Top
← Back •
By accessing this site, you agree to the site's terms of service. If you need help with the site, please contact us.