Removing dents from your espresso machine

A coppersmith gave a bid of $125 for the job.
A friend from the coast suggested an "As Seen On TV" dent puller.
The gadget was $19.95+tax at an auto store.
I got the industrial strength version and it worked 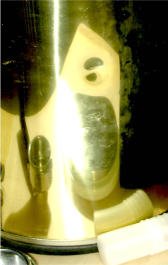 Gadget used as per directions: 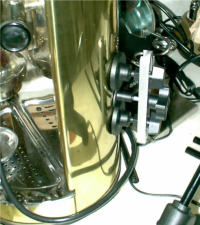 Results after 4 tries. Ok for me! 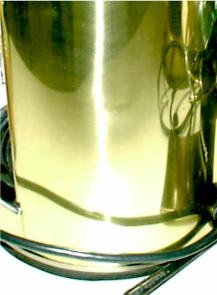 I believe a few more tries would have totally removed it.
I'm happy and the car has a bit of hail damage.

First I need to say I have no experience removing dents from espresso machines. But, I have used the same device to remove dents from the gas tank of my Harley.

We use to do that with dry ice years ago on the dirt bikes. Park it in the sun so the tank gets hot then put a piece of dry ice in the center of the dent. The metal contracts and the dent pops out.
Dave Stephens
Top

Darn! I wish I had known about that before! It took me ages to get the adhesive off the bike after pulling the dent. The dent is not totally gone... maybe I should still try this!
Michael
Top

It works best on thinner gauge metal on a flat surface. It does not work very well on a curve. I don't know that I would try it on any of my street bikes. The dry ice may hurt the paint. On an old dirt bike it did not make a lot of difference. Those darn trees (or my knee) were attracted to the gas tank.
Dave Stephens
Top

Excellent points. It is on the upper curve of the tank. I had only had this bike (a 2004 Fatboy) for a week when i dropped it! YIKES!

Michael
Top
← Back
By accessing this site, you agree to the site's terms of service. If you need help with the site, please contact us.