I'm trying to get to the bottom of a persistent problem that a few others on the board also seem to have complained about with one machine or another. I have replaced the OPV, and then the vibe pump, but the problem is still there.

When brewing a shot, the brew gauge travels to its limit (set by the opv) and then falls down to somewhere around 5-6 bars, and the pump noise almost silences.
Is it possible that my replacement vibe pump is a dud with the same problem? I can't imagine what could be causing this. I have read the other posts with similar issues, and Eric has suggested the check valve located at the opv may be stuck open in some cases. However, this would not explain why the flow back to the reservoir slows when the pump reaches the opv limit, would it?

However, this would not explain why the flow back to the reservoir slows when the pump reaches the opv limit, would it?

You're correct, it would not. But what does explain this flow is the action of the Ulka priming valve, sometimes attached directly to the pump, and placed elsewhere in the hydraulic scheme on other machines, e.g., Isomac.

This valve, illustrated below, will flow pretty freely until pressure reaches 6-8 bar (Ulka's spec) and then it will shut off. 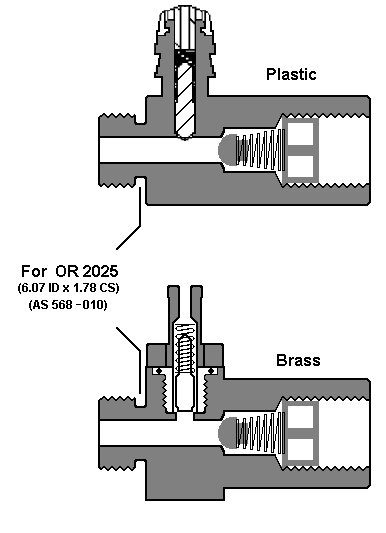 The check valve in your system prevents hot hx water from getting back to the pump during those times when the pump is not operating. How new is the pump - the pump silencing phenomena has previously been cured by replacing the pump

or perhaps disassembling and cleaning.
Skål,

Thanks for weighing in, Eric. The pump is new (less than 50 shots) or ten days of use. It is currently outputing just under 500ml per minute, so the unrestricted flow rate is fine.

If I understand correctly, what I am witnessing at the reservoir can be explained by normal behavior from the Ulka priming pump? Does this basically rule out everything but the pump? And if that's the case, and before I install another new pump, should I be looking for signs of something in my machine that might be destroying the pump? I clean my reservoir daily.

That's correct - your unrestricted flowrate is just right and I consider the flow behavior at the reservoir normal.

Before you install another new pump, and I hope you're sitting down reading this

, give the existing pump a light "tap on the snout" with a small hammer/screwdriver during this silencing phenomena.
Skål,

I tried the snout tap this morning, but there was no joy. I put in a blind basket and flipped the lever - the pump came up to the opv limit and went silent. At this point the tapping had no effect.

I guess my next step will be to replace the pump again.

I guess my next step will be to replace the pump again.

Or take the existing pump apart. It is very easy to do - you just need to be cautious about dropping the little parts into "never-never land", especially the little glass/plastic ball that forms the suction check valve. 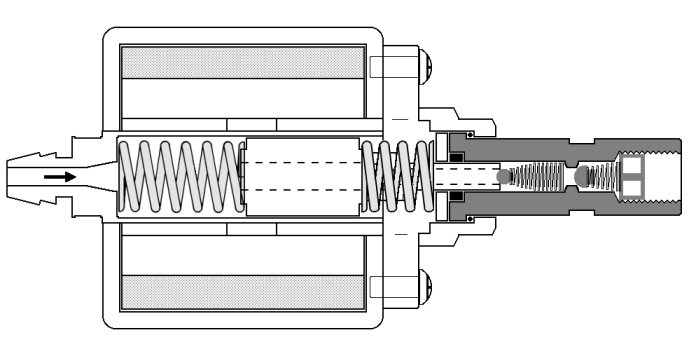 There are links in the resources section - Repairing a ULKA vibratory pump
Skål,

Thanks again for the help and link Eric. I have found a temporary solution until I find the time to fix or replace the pump. I have dialed the opv up to limit the flow at around 12 bar - this way the pump displays no problems within the normal brew range.

Mark
LMWDP #106
Top
← Back
By accessing this site, you agree to the site's terms of service. If you need help with the site, please contact us.