It's been an interesting afternoon here. Long story short: it appears we've had the 876 series since February somehow. We're reaching out to Pullman about it, as we only recently learned about the 876 series and had no reason to think we'd already been stocking them. I've spot-checked our inventory, and it seems like the 17-19 gram baskets are the 876, and the 19-22 are 715. The packaging does not indicate any differences in series, you have to inspect the basket itself. 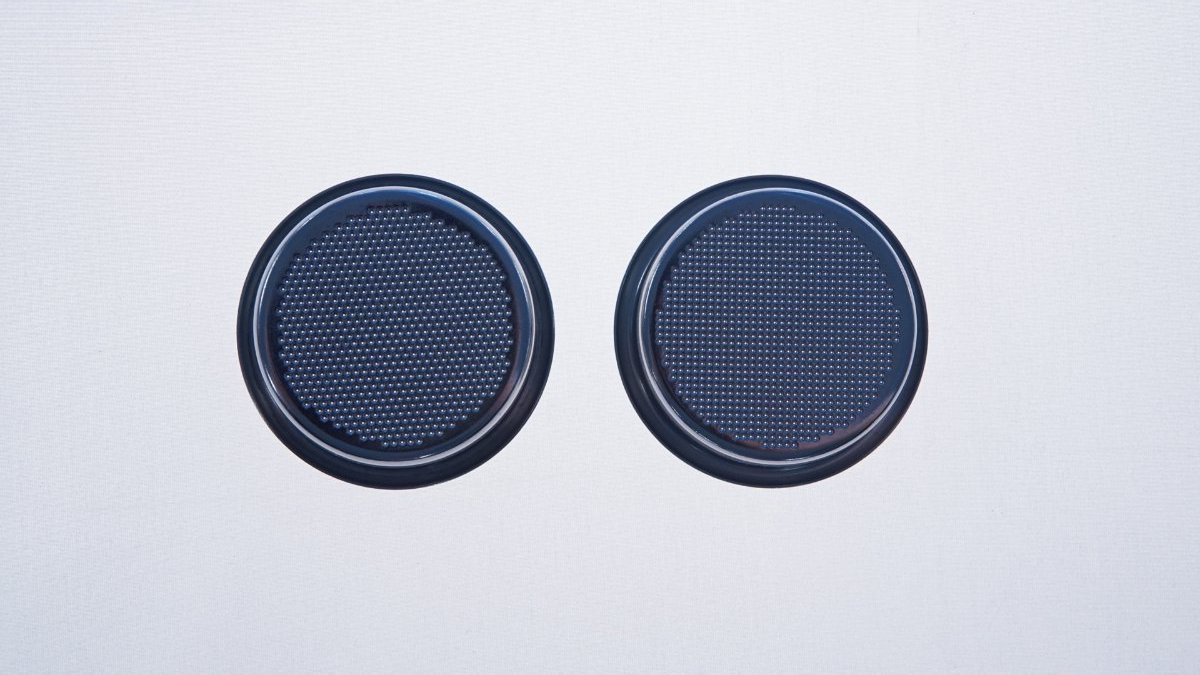 Thanks for the info Prima. I'll have to try one of the new ones out soon.
Top

I received a 17-19 gram Pullman 876 basket from Prima-Coffee today. I pulled several shots of Caffe Lusso Gran Miscela Carmo with it and also with a VST 18g basket; both baskets are ridge-less.

I used a Pullman Big Step tamp which fits either basket the same and very well. 18g in, 30g out. I don't have a conclusion yet, but I think the Pullman basket extracted slower. I cannot be sure because I spent several shots dialing in the grind while comparing both. I did however get one amazing tasting shot from the Pullman basket. It was a very nice, even extraction.

Next I will use the Pullman basket for several days in a row, then switch back to the VST and see if I can describe the differences and whether I prefer one over the other.
Top

After several days of using the Pullman 876 hole basket, and comparing with VST, I find very little difference. My perception is that for the same espresso and grind, the extraction times and taste are similar. There is one difference between the two that I believe is not my imagination -- that the Pullman basket is more sensitive to distribution. That is, if I do not do a very good job of WDT, then I get less even extractions than the same with VST. I'm splitting hairs, but my perception is that the VST is a tiny bit more forgiving in terms of distribution and Tamp.

Taste-wise, I made two Americanos with Caffe Lusso Lionshare this morning, and they are nearly the same. The VST pull was a more even extraction than the Pullman, and I perceive the taste more balanced with the VST basket and the Pullman with a little bit of bitter, but both exceptional.

I am curious to hear from others because this is a short and less than scientific test, however I think I prefer the VST basket over the Pullman because the VST seems to be less sensitive to perfect distribution. On the other hand, if your goal is to measure how good your distribution is, perhaps you would prefer the Pullman basket.
Top

Thanks for the impressions. I'm curious to hear what Nostream has to say. It'd be cool to get a shootout going of refractometer stats on all the precision baskets (IMS, VST, Pullman, Decent, ...?) .
Top

Great comments. My experience has been somewhat similar, but I've had to grind even finer than with a VST. Part of this is because it's a smaller capacity basket than my 20, but it also seems to have even more surface area. I've also found it less forgiving. I do a "blooming" profile and had it channel during once during a three bar bloom!

Taste from the basket has been good. Not sure if it's that different from VST. I prefer my VST 20 right now since it's better behaved and gives similar extractions with less variance.

I also pulled out my VST 18 and found that to require a slightly coarser grind than the Pullman and finer than the VST.


liquidmetal wrote:Thanks for the impressions. I'm curious to hear what Nostream has to say. It'd be cool to get a shootout going of refractometer stats on all the precision baskets (IMS, VST, Pullman, Decent, ...?) .

Initially, extractions were lower because my technique was off (grind too coarse). After grinding fine enough, they're comparable. I haven't put in the time to test this experimentally (though I'd love it if Pullman would share their experimental results).

Interestingly, the extractions on the few shots I pulled with the VST 18 were a little lower, but I'm going to refrain from making conclusions on n=2, hah. But I will try to compare it to the VST 18 more.

Really, I should be comparing the next size up (19-22). I've been in the slightly awkward position of having to dose 20g but wanting to drink a shot the size I'd pull from 15. Unfortunately, that remains the case.
Top

I re-visited the Pullman 876 basket this morning with some Blue Bottle 17ft Ceiling and Hayes Valley espresso. Both of these are recommended 20g in and 20g out at 201.5F. 20g is nearly too much in the 17-19g Pullman PF, but also requires a coarser grind than a lower dose. I found that I preferred 16.0g in/20g out, ground very fine on my E37s, 202F, 20s 2 bar PI. No WDT, but using a stainless steel cup instead of grinding directly into the PF. 17ft Ceiling requires slightly coarser setting than Hayes Valley. The results in terms of extraction with these parameters is very even on the Pullman and taste is excellent.

In summary, for fine grind and doses on the lower side (16g), the Pullman 17-19g basket works quite well.
Top

So is there any real difference between the 876 and the 715? I just ordered a 19-22 from Prima and it appears they still have the 715 version. The 876 version can be bought from Pullman directly but the shipping (to the US) costs almost as much as the basket itself.
Top

I have not compared the two different Pullmans side-by-side, but I did compare the Pullman 17-19 876 with a 18g VST (which has about 725 holes?). They are nearly the same in terms of extraction, but this is by taste, not refractometer. The difference I noted is that the Pullman 876 basket is more sensitive to distribution. In other words, with sloppy distribution, it is slightly more difficult to get an even extraction.

I personally do not see any advantage to the 876 hole basket, however I have been doing this for less than a year, whereas Pullman has been doing this for many years. I would imagine that it is not easy to produce this basket, and there is a very good reason for adding more holes. I would ask them, or Prima Coffee.
Top

After continuing to try to get the 17-19 876 to work better, I feel the same. I compared with the VST 18 and 20. Pullman was more finicky and likely to channel (as measured with a refractometer). It was good when I got it right, but not better than the VST. I don't see much reason to switch. It's possible the 19 would be better. I've always found VST's larger baskets to be better behaved.
Top
← Back •
By accessing this site, you agree to the site's terms of service. If you need help with the site, please contact us.