Post a pic of your home espresso setup... - Page 4

Here is my setup: 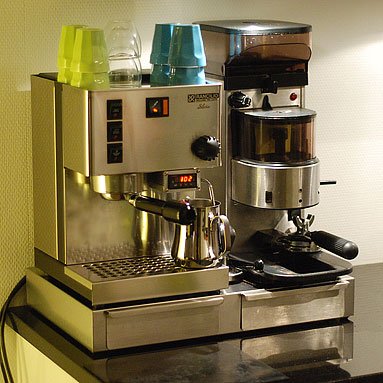 Rancilio Silvia with Auber Systems PID and next to it the LaCimbali Jr.
Thuisbarista.nl
Top 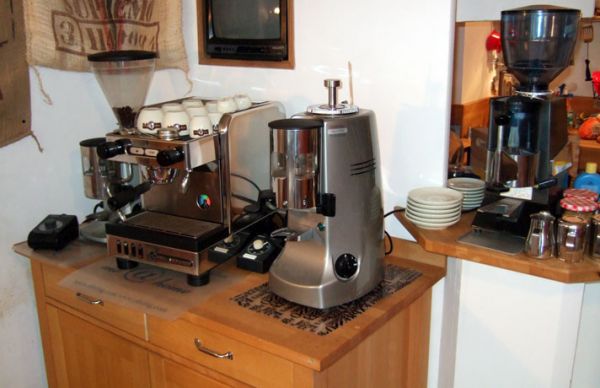 as you know the robur is actually out of order

. the wastewater goes into a bucket.

What the hell, I'll join in the fun. Sorry about the poor quality. These are from a camera phone and the lighting isn't the best. 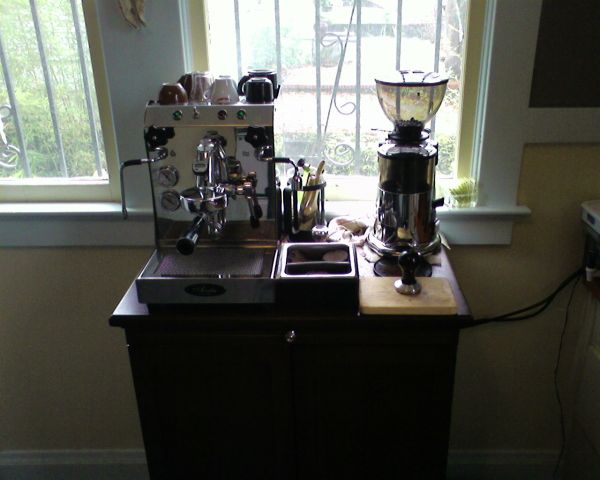 No glamor shots here, just Anita and my Macap M4 in their natural settings, stray grounds, dirty rags and all! Oh yeah, the tamper is from EPNW. It's a Compressore with a curved piston. The shape of the handle is very nice for me; much better than the old Lava tamper I had. Eric's thermometer adapter has been invaluable. 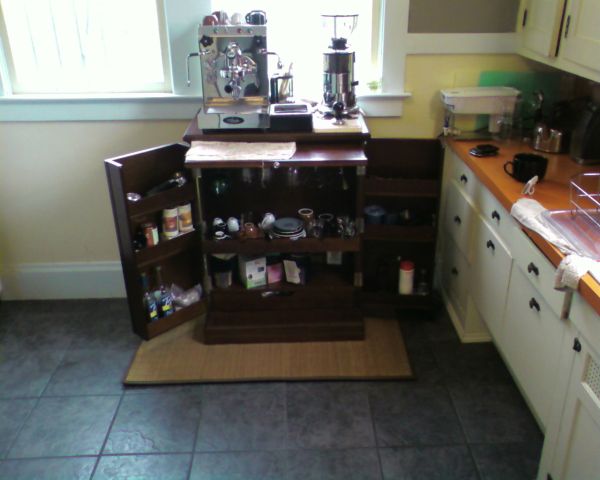 I got this bar cabinet for cheap at Kmart. It is designed to hold a bunch of wine glasses (which it does) as well as having a rack for bottles that slides out (which I use as a tray for extra cups and saucers, etc.). The little tray up top slides in and out, too. It is a little tall, but so am I so it's better than being too short! Keeps all my accessories nice and cozy, including beans in airtight containers as well as a selection of tea. The bamboo mat is for errant coffee grounds--easier to clean up later. 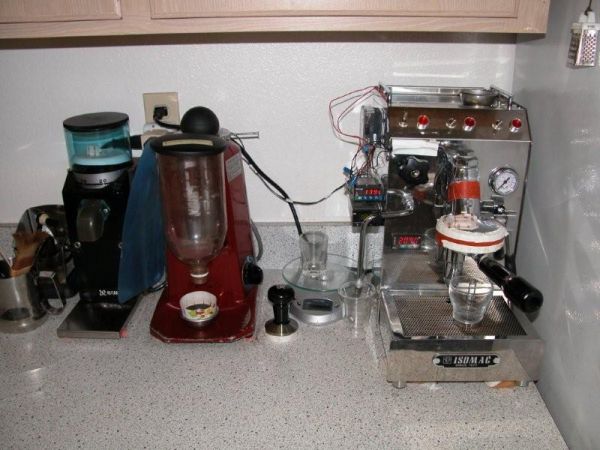 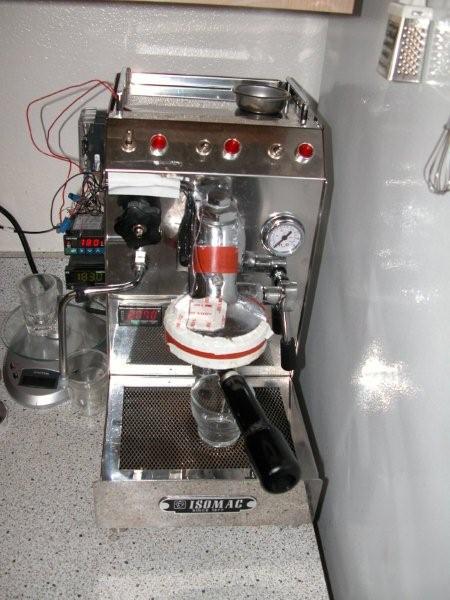 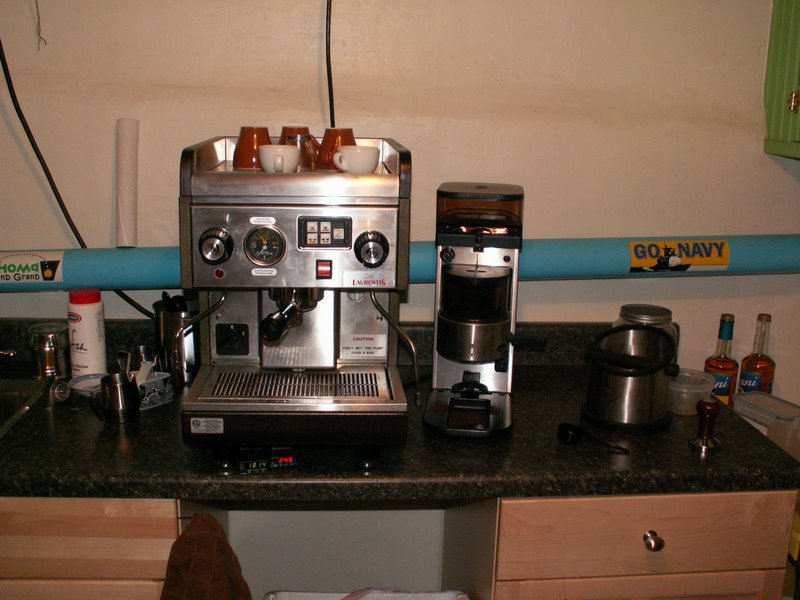 Here is my setup. I love it plenty, and plan to mod my Macap M5 to stepless next week. 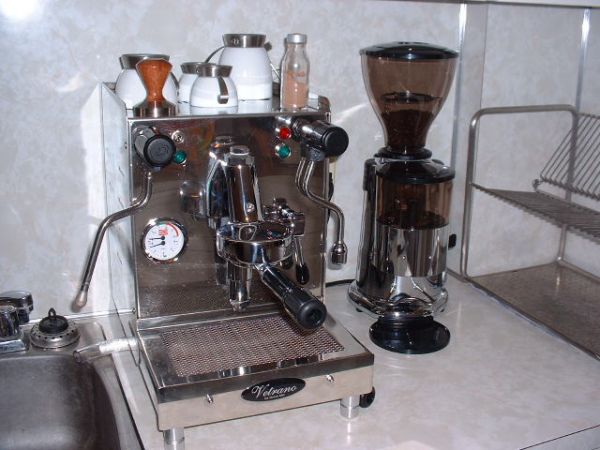 Taken from the "Fiorenzato Volante, another look" thread

The hopper is no longer attached and sits in a cupboard. 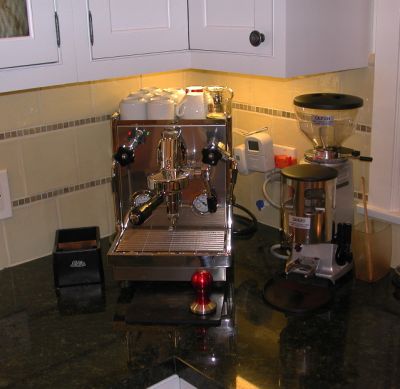 TimEggers wrote:Nope they came standard when I ordered Anita. Looking now Chris offers a No-Burn Steam Wand upgrade for Anita, that's on my Christmas list for sure!

I guess they upgraded a while ago, on the site the picture shows the same wands your machine has. otoh, it goes for 200$ more these days.
Top

Yeah I got my Anita for $1050 before the latest price increase. I suspect each batch Chris gets is subject to the value of the dollar when importing. Still at $1150 the Anita is a very nice machine.
Tim Eggers
http://www.facebook.com/TimEggers
LMWDP #202
Top

TimEggers wrote:Nope they came standard when I ordered Anita. Looking now Chris offers a No-Burn Steam Wand upgrade for Anita, that's on my Christmas list for sure!

I know this is a little OT, but now that I've had Anita for almost a year I really don't understand all the fuss over the No-Burn stuff. I would appreciate having the better valves on mine, and having them pivot around in any direction would be nice, but the no-burn feature has never seemed that important to me. Hot wand=don't touch, except for the little rubber on it. Do other people get burned that much, or is it that much easier to clean?

Justin
Top
← Back •
By accessing this site, you agree to the site's terms of service. If you need help with the site, please contact us.