So in my search for a machine I found this... 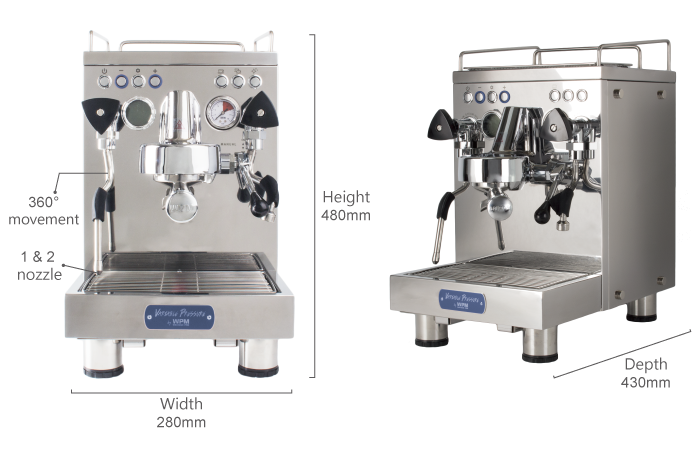 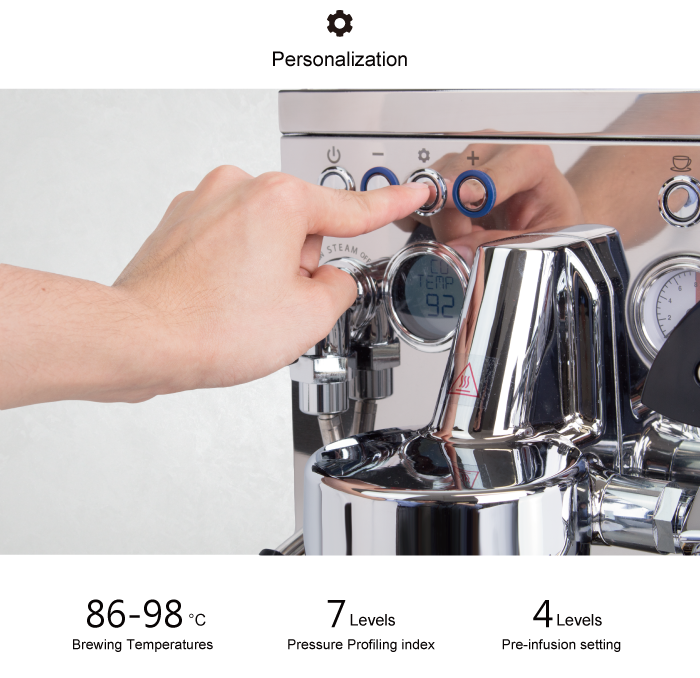 These machines appear to be very high quality construction (22kg stainless steel frame and chassis), with a heavy group head with a design "inspired" by the classic E-61. Of course as they use three independent PID and thermoblock heaters for dispensing water, brewing, and steam, the machines are clearly not heat exchangers. BTW, the steam appears to be very strong so the thermoblock for it must be quite big (they market their machine as as being able to generate "supersteam"). Until now I've only seen low end machines with thermoblocks steam very weak/slow, taking upwards of a full minute just to steam enough milk for single 6oz latte. But this machine does the job in about 15 seconds. 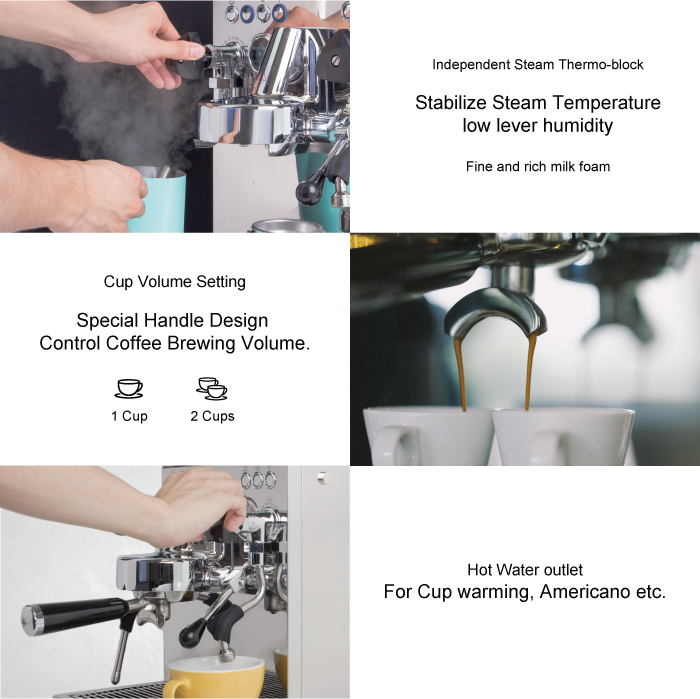 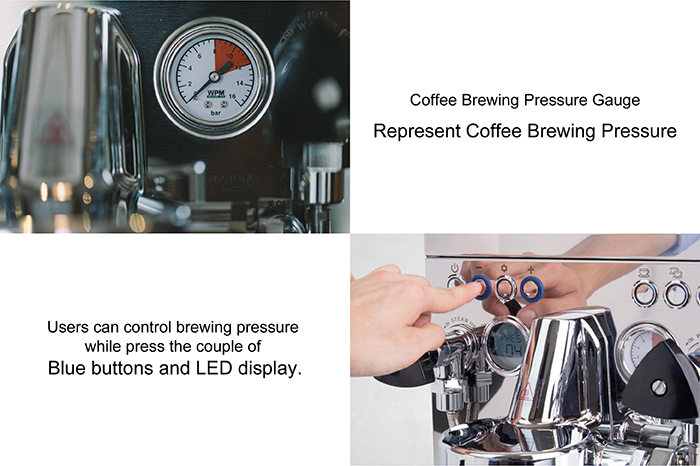 But the biggest deal here is that the VP models have programmable and manual pressure profiling capability, along with wireless connectivity to edit pressure profiles and observe the brewing profile in real-time in the KD-310VPS model. 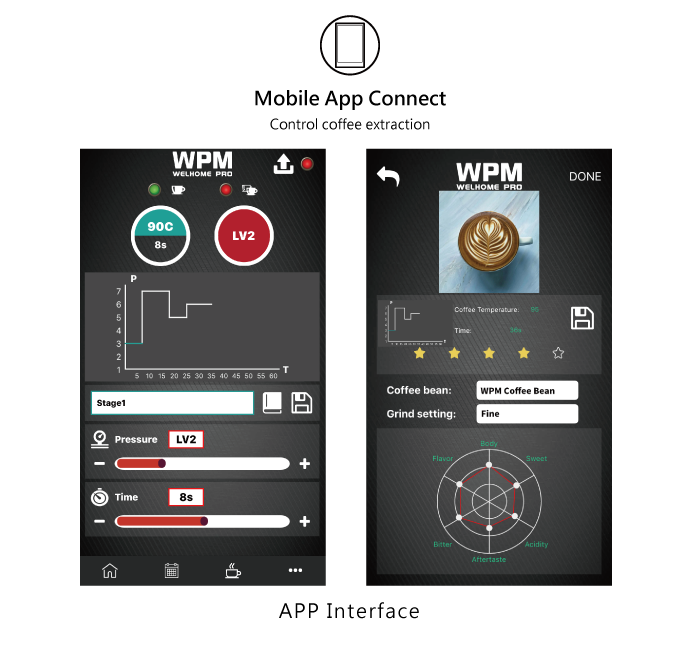 Anyway this is a real killer app. Fully developed, manufactured and selling for under $1300 USD.

Well it can with a converter. In any case I am looking at it as I am in Vietnam now. $1300 seems like a very good price point given what it can do, and just something to play with and give away once I head back home in a few years.

Most European imports have incredibly high import duties here so I don't think I want to buy a Linea Mini again when it's gonna cost me twice what I sold mine for when I left the States. Here they cost over $8000..
You're not always right, but when you're right, you're right, right?
Top

I finally got my hands on the machine and it is great. The heatup time was about 10 minutes (for the group to come up to temp. Steam and hot water have very little metal beyond their independent thermoblocks).

Steaming was powerful. Not quite the same power as a 2L or higher boiler. But about the same as what you would see on a 1L Cremina boiler, except no waning. The thermoblock didn't appear to be significantly larger than others I've seen but perhaps maybe because this is running on 220V it provides considerably more steam? Either way I was duly impressed. We steamed cold milk in a 12 oz pitcher (about 6 oz I think) in less than 20 seconds to produce some very smooth consistent microfoam. The staff member proceeded to do a free pour from a shot pulled by a different machine that looked great (better than mine).

Unfortunately the group gasket was oddly not installed. They said they were going to supply it later as it was on order. I suspect they didn't want to pull actual shots in it as it was their only unit in stock and they wanted to keep it as new as possible, so they removed the gasket. Or it could be that it was plundered for some other reason.

Either way I was disappointed not seeing a real shot pulled but I did observe water flow. Preinfusion followed by brewing which the pressure can be adjusted in real time. I played with the pressure setting and the response was immediate with each press. The levels are from 1 through 7 and the vibe pump changes can be heard as the pressure increases and decreases were made.

It would have been nice to see this controlled by a knob or lever rather than plus and minus buttons but I suppose they were easy enough to use.

The hot water dispenser was undramatic. No spraying or gushing of hot steaming water like most I've seen, typical of steam boiler machines. Only the most expensive machines incorporate cold water into the stream to produce perfect hot water temperature. Anyway being that it has it's own heater, the water temp was perfect. Just a calm flow of hot water.

The machine has an automatic cleaning program for brewer and steam wand. My guess is the tank would be filled with some cleaning fluid and the machine will flush it through automatically. The process was indicated to the 10 minutes according to the manual.

Lastly I took a peak inside the machine. The water reservoir is 2.5 L. There is small storage compartment next to it for the extra basket and a tool to clean the steam wand. The machine comes with heavy brushed SS 58mm portafilter handle and a single and 20g double basket. It appeared to be standard with opposing tabs but I tried to install a portafilter from a nearby commercial machine into the WPM and it wouldn't fit, appearing to be a bit too big in diameter (the other machine was massive Casadio 3 group). Under the hood there was a PCB controller board and behind that were two pumps located on the floor of the box, and independent thermoblocks situated behind their respective features on the front. They were cylindrical in shape so I suspect they are thermocoils. 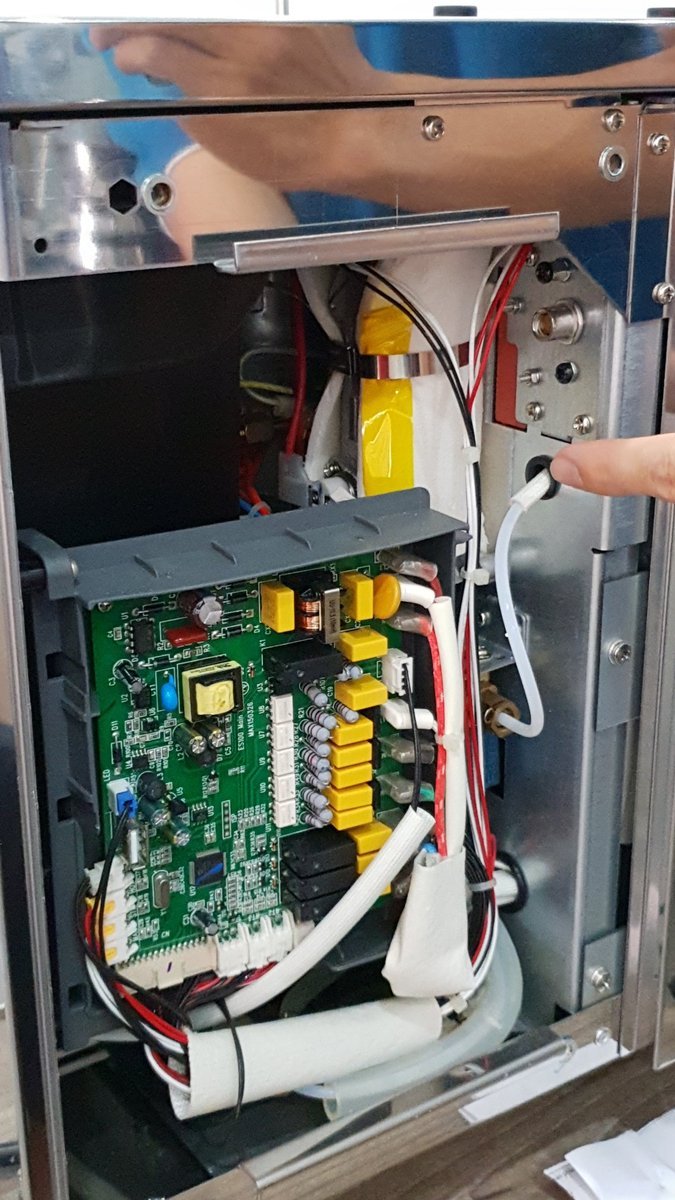 Unfortunately I learned that this machine didn't have bluetooth connectivity to use with the IOS app.

As it turns out, there are two models, KD-310VP and KD-310VPS (which had a blue-colored logo on the front of the drip tray, indicative of Bluetooth connectivity, perhaps). The latter model is the one I wanted so I texted them back to cancel delivery.

I have since updated the first post with this correction and photos.
You're not always right, but when you're right, you're right, right?
Top

Any updates on this?

Were you able to do SCACE measurements?

How well does it handle back to back shots?
Top

That does not look like pressure profiling in those video. I looks like programmed pump power. They seem to have about seven pump power steps, achieved by implementing various ratios of pump on/pump off periods (= low-frequency PWM, probably in sync with zero crossings). The result is that tock-tock-tock noise. This system does not seem to be able to deliver a smooth pressure curve, such as gradually falling pressure over 25s (like lever machines or real pressure profiling machines). It's not even clear if there is any control loop with feedback (from a pressure sensor) in place to achieve the desired pressure. Considering the jerky movements of the manometer's needle and the absence of a digital pressure readout, I'd suspect the circuit just sets the power of the pump and let's the pressure go wherever it wants to go, depending on what is in the portafilter, without ever adjusting the pump power with regard to the current pressure - which means the resulting pressure will be random (unless a human takes over as feedback control loop and attempts it in seven coarse steps).
Top

I think the pressure profiling performance can only be measured in the brew chamber. So a Scace or pf-style measurement of pressure will determine that.

I guess we'll find out soon enough. I have one on order coming in a couple of weeks.
You're not always right, but when you're right, you're right, right?
Top

If you take a look at the advertising material ("7-level adjustment of water flow"), it find it obvious, even without measurements, that this machine can not do pressure profiling. Seven power levels will allow for a small fraction of pressure profiling, specifically "not so much power" at the start or end of shots - but you wouldn't have the ability to set the exact pressure. If you are lucky, it will fall into a useful range. For example, level 1 might just be a suitable preinfusion pressure, over 1bar but under 2bar. Or not. Without pressure transducer for a feedback loop, it'll be random. More complex and stepless curves (SIS, preinfusion-chamber-style, trapezoid preinfusion etc.) would be out of reach. My guess is it will neither provide repeatability (exact pressures at exact times) nor stepless profiles nor profiles defined in bar/psi, like... 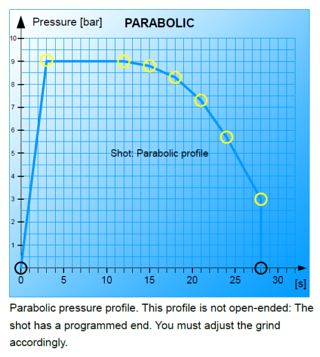 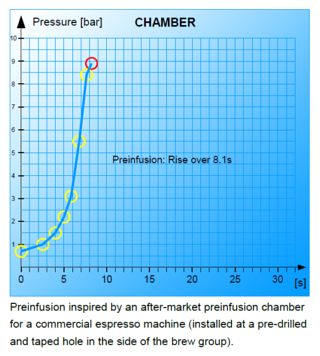 Well I just got it and made some observations...

While I don't have the equipment necessary to log brewing pressure in real-time, looking at the manometer readings show that the pressure changes aren't absolute. They ramp up and ramp down so their would indeed be some curvature between pressure settings. Still, given the limitation of 7 levels, this would certainly be an issue for those wanting more fidelity in controlling the output.

I have yet to use the profile brewing since I don't have any coffee at the moment to play with. I have a fresh batch of Ethiopia roast that needs a few more days rest before I get to play with this feature.
You're not always right, but when you're right, you're right, right?
Top

You're not always right, but when you're right, you're right, right?
Top
← Back •
By accessing this site, you agree to the site's terms of service. If you need help with the site, please contact us.