Hello,
I have recently installed an ITO controller on my Rancilio Silvia.
ITO is by far the most sophisticated aftermarket control option for such machines - SBDU with vibe pump and basically enables almost everything that the industry has developped as an espresso machine feature.

While researching i have found that this is the online place with the highest number of english speaking ITO users (@blondica73 , @Denis), so decided to start this thread where we can exchange experience and use the opportunity to get assistance from the vendor himself (@sandc)

I will start with sharing experience:
- feature set is amazing - everything works exactly as documented
- UI is surprisingly user friendly. Much better than what i expected with so tiny display and just a rotary encoder
- Installation was harder than expected - mainly due to physical space constraints - clearance between controller and piping is extremely low, also pressure sensor is critically huge. I have analogue pressure gauge which makes it almost impossible to combine it with the sensor
- Before installing the ITO i did the needle valve flow profiling mod (inspired by the HB BDB thread). With the ITO installation i reversed the needle valve mod, because it makes it even harder to pack all the parts in the tiny space and i dont want to have too many variables. Even though i ran into some temp-related issues - the needle valve mod is by far the most "bang for the buck" mod ever

Even though it theory technically it should be possible to achieve the same effect with smart electric vibe pump control, i believe it takes a DE machine to consistently achieve it.

Additionally i have a question:
I would like to buy a bluetooth scale to take advantage of gravimetric shot control and be able to monitor (hopefully control at some point) real espresso flow. I know that for now only Skale 2 by Atomax is supported, but while browsing i stumbled upon the DE Decent Scale which for me is a much more attractive option. It seems it shares at least some of the internals, as well as the API with the Skale2, so i was wondering if it will be fully supported with the ITO?
https://decentespresso.com/img/decent_scale_manual.pdf

Thanks in advance!
Top

While researching i have found that this is the online place with the highest number of english speaking ITO users (@blondica73 , @Denis), so decided to start this thread where we can exchange experience and use the opportunity to get assistance from the vendor himself (@sandc)

@sandc is very good at responding and providing guidance. I used the ITO board to upgrade my La Spaziale Mini Vivaldi II and only used a portion of the features as my machine already has some of them. I agree it is an amazing unit; however, it is not sold in the US, I had to have mine shipped to my in-laws in Europe and brought it to the US when I visited with them. I have mine set up to read the pressure, flow, and temperature (group head block).
Top

Yes, i strongly agree, he is very responsive and knowledgeable.

hardware, software, packaging and documentation are also pretty impressive - that kind of thing that makes people like me oddly happy and satisfied

I also did the complete install including:
- replaced the brew switch with a momentary push button and connected it to the 5V side, so it works like a "softkey" - brew starts with "click" and stops automatically based on the program. When i buy the correct bluetooth scale it should be able to do gravimetric dosing.
- Barista lights LEDs mounted on the group cover controlled by ITO - so they nicely dim and fade out when idle
Top

I wish I could use the ITO board with my spare FG304 pump but it only works with vibratory pumps. I love the interface and functionality of the ITO board. The only thing that I would need for my pump is 0-5V input to control the pump rpm, maybe they will add that functionality to the board some day..
Top

blazarov wrote:i was wondering if [the upcoming Decent scale] will be fully supported with the ITO?

It was mentioned somewhere that it will be compatible with the Skale 2 but I wouldn't bet on it. There are lots of device-specific aspects to BLE: Device names, payload formats, data rates etc. I'm not going to buy one myself. If only minor firmware tweaks should become necessary, they can probably be implemented without having access to one, if an owner documents the protocol with [url=
https://play.google.com/store/apps/deta ... .mcp&hl=en]Nordic's "nRF Connect for Mobile" app[/url]. In my opinion, this scale will be too thick for most espresso machines. It's designed to go under the drip tray of their DE, not on a drip tray. It's thicker than the Skale 2 - which usually only fits under bottomless portafilters.


Transducer plugs are, for no apparent reason, huge. Or used to be. The sellers in China have recently switched to shipping sensors with potted plugs (not hollow -> their too-short leads can not be exchanged). I now use different plugs. They are essentially the front part of the old plugs - much smaller. The disadvantage is that the RC filter's capacitor can not be hidden inside these smaller plugs. 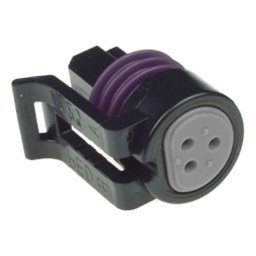 By the way, ito is not a PID but a generic microcontroller module, like Arduino, Raspberry Pi etc. It comes with example source codes and IDE. More about it here. All these modules can, or course, be flashed into an espresso machine's black box: Espressuino firmware for arduino, iSPRESSO firmware for Raspberry Pi and leva! firmware for ito.


blondica73 wrote:The only thing that I would need for my pump is 0-5V [output] to control the pump rpm, maybe they will add that functionality to the board some day.


blondica73 wrote:had to have mine shipped to my in-laws in Europe

Alternative to in-laws: Services like mailboxde.com transport gadgets out of Europe that are not normally distributed worldwide
Top

Thanks Dietmar,
One more question:
Is the feed-forward correction always positive?
For example if flow is very low close to 0 does it go negative at some point or thats not the idea and this case should be addressed by ramp and soak?
Top

The feed-forward component corrects for fresh water influx into the boiler (it instantly adds to the PID output proportionally to the influx detected by the flow meter). It would only have to be negative (= reduce heat) if the water in the tank were hotter than the water in the boiler - it can not be.

One probably shouldn't use feed-forward with Silvias. Measurements in the filter indicate that the cooling-down in the boiler and the warming-up in the grouphead during the 25 seconds of a shot cancel each other out, leading to a stable water exit temperature for just about 25 seconds (after that, the drop in the boiler becomes too big). This works best with no increase in heat output. Try setting an output limit with the "Ramp & Soak" feature of 5% for shots (~ normal idle output of EU Silvia) and check the taste. The drop at the PID sensor will appear alarming and the recovery time will increase, but you will gain temperature stability in the filter. This is however only the case without Preinfusion. PI adds weird temperature effects.
Top

I am still heavily experimenting, so trying to change 1 thing at a time until i feel it right, so havent yet enabled ramp & soak.
Yep i've seen this temperature research, very impressive of you. definitely the best piece of objective data on the subject. I like slow shots (needle valve, long PI, etc.) so since i've read it I always wondered where this limitation comes from and is there any way to stabilize it for longer shots up to 60s? And is it any better on bigger machines due to more massive group heads, eg E61?
For example people do very long slow shots on BDB and it works perfectly, but it has an advanced group head design with heater and etc.

Anyways i just enabled it and set output limit of 8% during the shot (arbitrary, since my shots usually are 40sec incl PI) and it had noticeable reduction of the burnt taste in the espresso
Top

> so trying to change 1 thing at a time

Smart idea. Very easy to get lost without a good point of reference (a coffee of which you know well how it should taste).

> is there any way to stabilize it for longer shots up to 60s?

I don't know to what degree that would be possible after a long PI. Ramp & Soak can slowly bend the brew temperature curve but it can not effect quick changes. Critical point: PI ending, shot beginning. It would require a lot of experimentation.

Another approach for stable temperatures: Warm up the water path before shots, as you incidentally do when water is pumped to warm up cups. Cup warming is normally done with full pump power, which leads to a temperature drop in small boilers that negates the effect and destabilizes the PID (a PID can not hold the temperature at such flow rates with only 1100W). leva! attempts to solve this problem by providing the "flush" program, which runs the pump more slowly.

In either case, the first step would have to be installion of a temperature sensor in the brewing chamber, to know exactly what is going on there.

Possibly - I don't have one. My preference would be an electronically heated grouphead like the grouphead of the Bezzera BZ09, rather than mass. That could be driven by the second PID channel. If the grouphead had exactly the same temperature as the brew water, it would have no effect on it.
Top

Hi
A month later things still look excellent. Everything works as expected and i am experimenting.
In the meantime i entered the Lever world with a La Pavoni Pro which was something i wanted for sometime, so now my attention is split 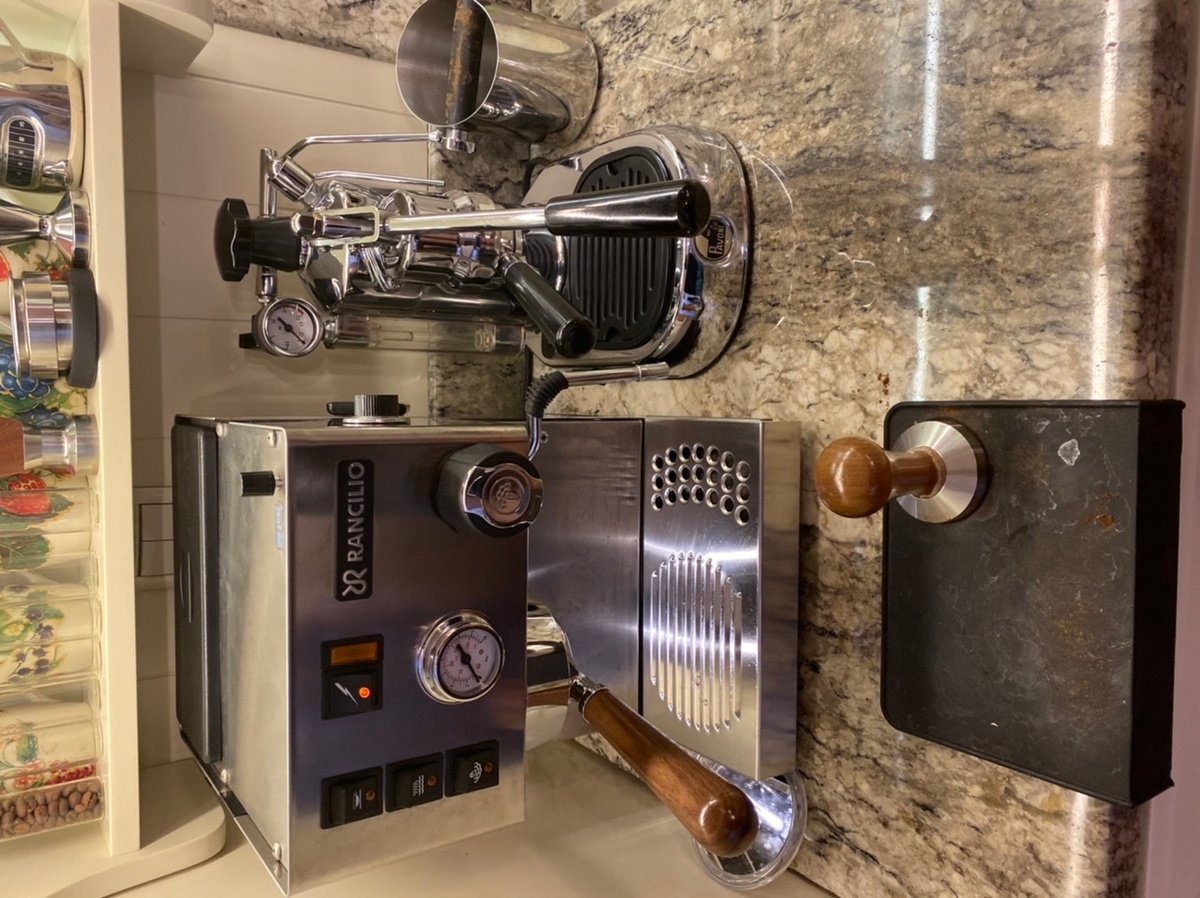 I bought myself a Skale2 to make it a complete kit. It works nicely and the workflow is again surprisingly good. I have it for 2 days now and so far it is almost "transparent" in terms of workflow, especially with the auto tare when you put the cup. The scale itself feels cheap for the price and is too thick for espresso use, but still acceptable.
What i don't like is that the Skale2 display shuts off when ITO connects. I would like to have a visual there along with the ITO display. Seems possible to me as you have the option to turn on the display from the phone App. But when ITO pairs it shuts off again.

The gravimetric dosing overshoots exactly by 1g every time in my conditions. Not that it is something significant, but i thought there should be settings to fine tune that - didn't find them. If i were to prioritize feature requests turning display ON would be much higher anyways.

Secondly: is there any chance for running ITO status monitor on iOS? I have a good iPad that can do the job nicely and hate to buy another tablet just for the espresso machine.

I made a video (very unexciting) of a dosed shot:
http://www.youtube.com/watch?v=-Ed36UmlvWk
Top
← Back •
By accessing this site, you agree to the site's terms of service. If you need help with the site, please contact us.