Yes but he is talking about the noisy contactor which makes a real racket and is really too loud for commercial let alone home use. I think people are getting confused here.

It may surprise many people but the higher elements were only optional extras to non-US agents until very recently when they became standard. I ran 3 coffee kiosks with 2 group 2kw steam and we survived quite high traffic at peak times with no fuss. Swapping the steam for the 2kw element is a good idea for home use and you would never know the difference.

I do like the idea and practice of PID on steam boilers in a commercial environment as it is one less mechanical part to go wrong. But really for home/office I personally wouldn't bother.

To do the wiring it is quite simple. The A1 and A2 wires on your contactor go to the input of the SSR. One set of the contacts L1, L2 or L3 go to the load side of the SSR. The other set of contacts get connected together.

This is basically the set-up 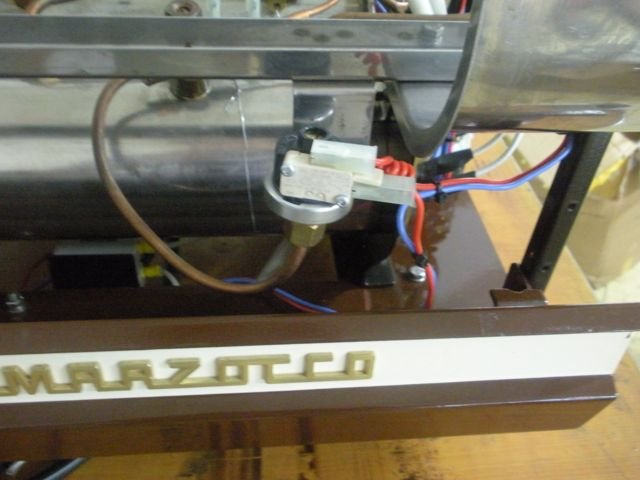 I put the SSR in a cold place under the machine. I would advise against mounting the SSR where the existing contactor is as it get's rather warm. I suppose you could if you bumped up the SSR to a higher amp rating.

I can post better info if anyone wants.
Top

Thank you! that is exactly what I am trying to do. I am honored to have your assistance.
I would appreciate more info, such as to which relay to use. I assume the one used for the GB5 would be appropriate.

Pick an SSR with a fair SOA over the heater current. Say 25A for 3000W on 220V.
Purchase the manufacturer's or equivalent heatsink required for continuous load.
I mounted the SSR to the stainless, poor heat conductor, with the heatsink on the outside. I milled the heatsink to clear the foot and mate well to the machine bottom. The SSR gets to about 110°F whilst the machine heats, then idles around 90°F 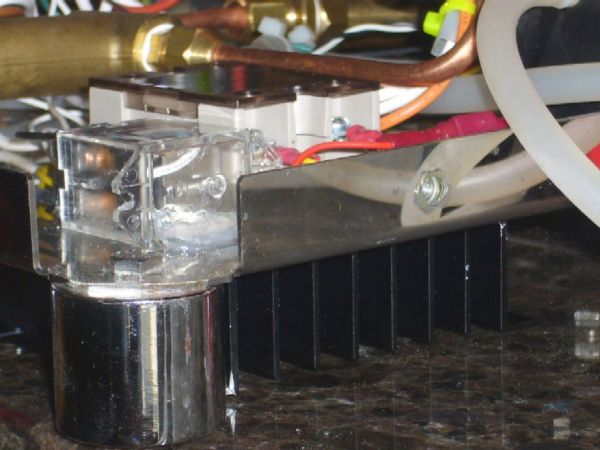 For the terminally curious, the relay is a cutout for the heater during brew. I installed it to see if the PID pulsing and consequent ¼bar brew pressure variation is tasteable. IMO, not.
Ian's Coffee Stuff
http://www.ieLogical.com/coffee
Top

thanks for the reply, where do you suggest I get a relay from?
Top

a web search for 25A SSR will turn up innumerable choices

Thanks so much!
Top

Now Ian knows SSR's and other relays backwards and forwards BUT the key item here is the control voltage rating of the selected SSR. You said earlier:

I assume the one used for the GB5 would be appropriate.

Well, a real quick answer would be "yes" BUT there are probably lots of differences between the GB5 and the Linea and I would say that the best course of action would be to call LM-USA and get a wiring diagram for YOUR particular Linea or make one yourself in this particular area. A wiring diagram for the Linea 1AV is available here: /downloads/ ... wiring.pdf but it does not show the relay you (and many others) have.

And when you get the pdf wiring diagram, send it to home-barista.com so others might benefit.
Skål,

It's not that complicated as I said a few times. You are just substituting the contactor for the SSR, which is 220V AC. 25amp SSR would be ok if you find a suitable location, but if you plan on mounting it where the contactor is now you would want to increase the load capacity. I don't know what the next size up is maybe 40amp???

The GB5 is totally different and it is built into the main brain system and uses Triacs to switch the load (elements).
Top

Paul_Pratt wrote:It's not that complicated as I said a few times.

To you, with a couple of dozen machines in front of you, and a background as an electrical engineer - I would hope not. But to someone else running across this thread in the future, w/o your level of expertise, there's nothing better than a part number from manufacturer XYZ representing something you have used in the past to solve this issue.
Skål,

I must confess, I think it does seem fairly straightforward unless I am missing something. Replace a nasty old contactor with an AC triggered SSR like this (which I bought by mistake, so clearly I am no expert), but with a higher AMP rating. 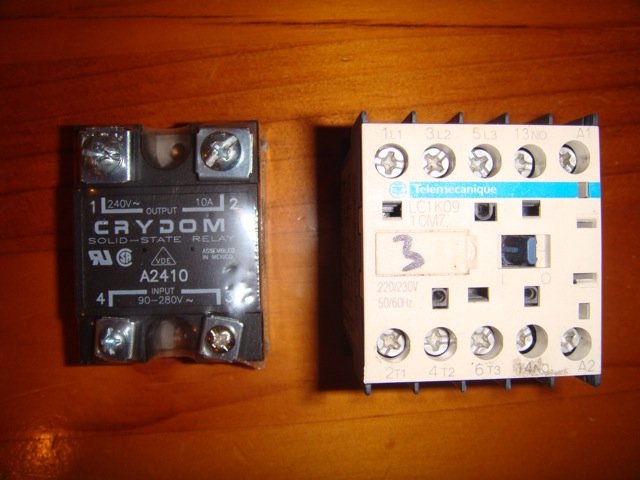 Good luck, Chris
Top
← Back •
By accessing this site, you agree to the site's terms of service. If you need help with the site, please contact us.