Is anyone going to the San Francisco Coffee Festival this weekend?

While I don't relish a weekend drive on the 80, I thought the festival might be a good networking opportunity and what's more fun than a bunch of over caffeinated nerds. I bought a ticket for Saturday general admission so If anyone is going, let me know and we can meet up.

I am planning to go tomorrow, thinking 10:00 am, as I am dropping my daughter at the airport at 8:15
Julia
Top

Hi Julia
I'm here and taking pics and get some info to post on this thread. Pm me so we can meet
Cher
http://soulsidecoffee.com LMWDP #354
Top

Last weekend, I attended the 4th annual SF Coffee Festival which, this year was held at Fort Mason. I kid not when I say that I was on Craigslist looking for a used roaster when the event popped up in my search literally 3 days before. I would ahve not known about it otherwise. The location seemed to be a well thought out venue choice for a coffee fest and judging by the crowds, others agreed. Of course the visual irony overlooking the Bay was not lost on me. 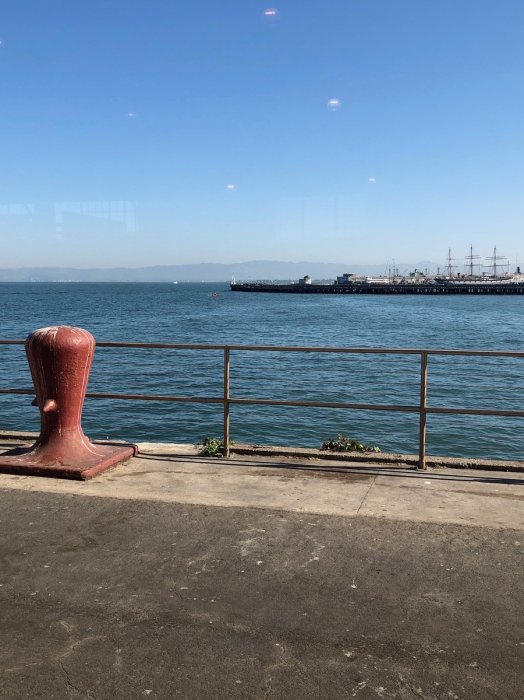 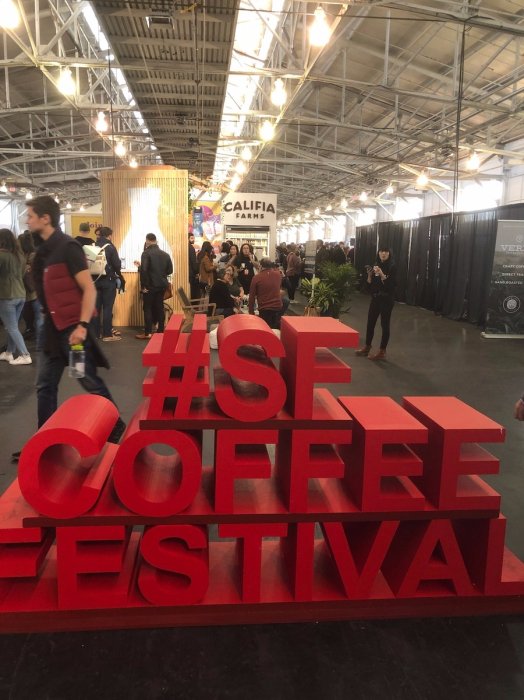 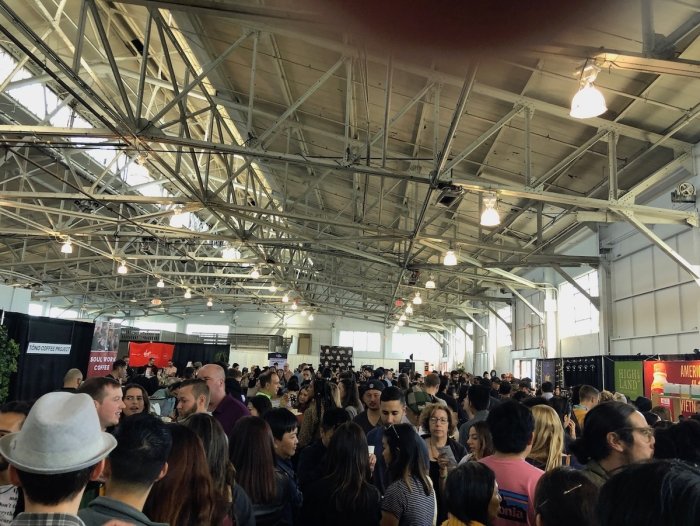 The event had some similar fixings of past events I've attended such as the SCAA: no parking and few over priced food options but I didn't drive from Sacramento for that. I came for the coffee and talks by industry experts and neither were a disappointment. Many of the the usual suspects (vendors) were at the event - Verve, Fellow, Chocolate Fish (Sacramento), Temple (Sacramento), Sexton, Equator, Allegro (which, I'm not gonna lie, I was a little jealous of their vintage coffee bus), my peeps at Royal (shout out to Chris), and so on. 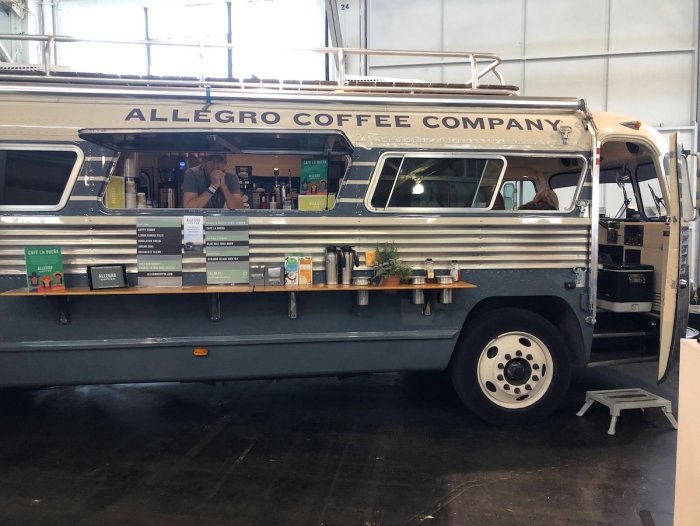 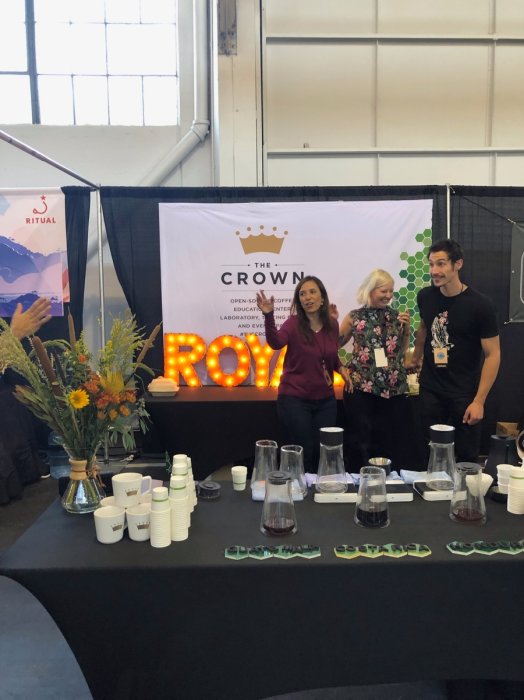 While it was great to see familiar folks, I was in search for the new and unusual vendors. I chatted with Hive Roaster about their smokeless roasters and how they function on the stove top. I smelled the batches he roasted and chomped on a few beans for good measure and was impressed with the results. Those were some well roasted beans. 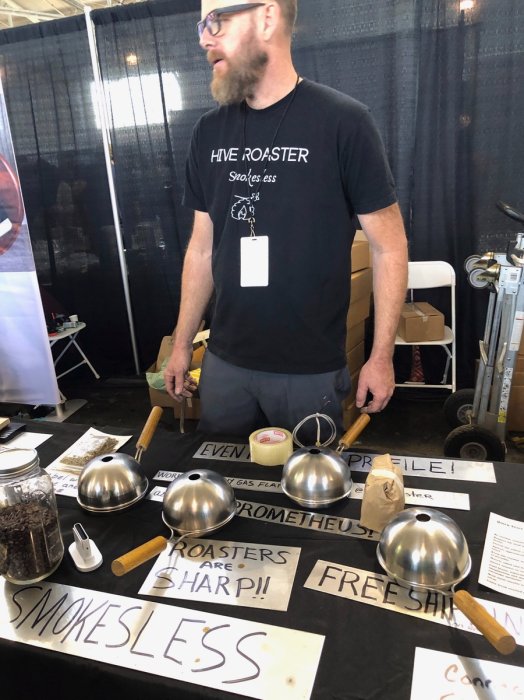 Now that I've entered the commercial coffee world and proclaimed my piece of the roaster patch, I wanted to find my tribe. Farm focused, solar powered Kickapoo Coffee of Wisconsin is definitely that. The company is run pretty much on girl power complete with a woman roaster and I admit, there was a lot of fist bumping at the discovery of each other and sharing of our coffee journeys. The Cherry Pop shooter was absolutely sensational too. I went back a couple more times because it was hands down the best ice drink at the event. They only have themselves to blame for my shooter gluttony because they encouraged my return. 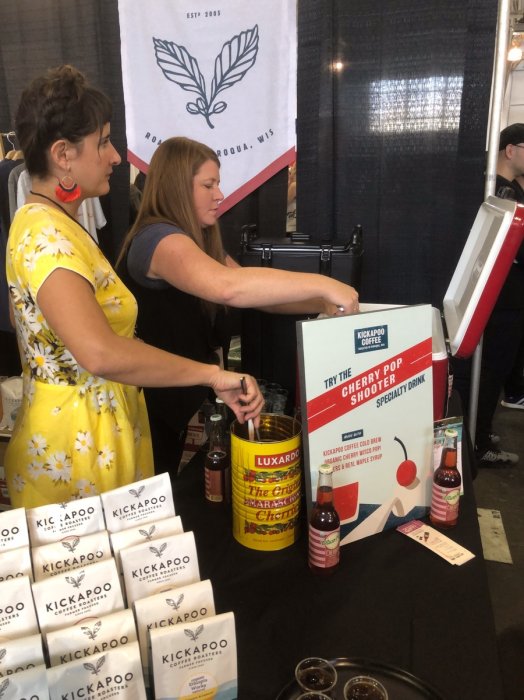 Abanico was another coffee roasting company I connected with and shared coffee roasting stories. They may be some of the most hard working gals in the coffee industry: bringing coffee from family farms in Central America, roasting, marketing and of course selling. Not only was the coffee excellent but I felt like I had met family. Gotta dig that. 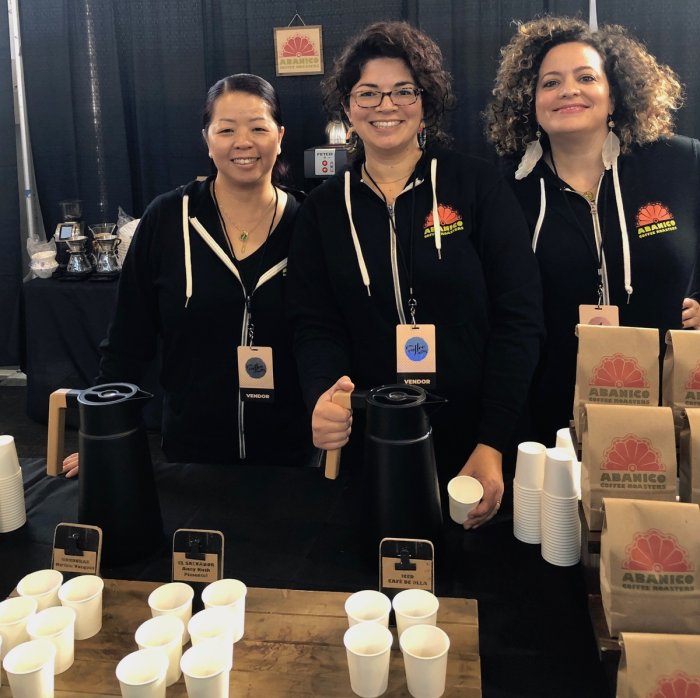 A father and his daughter from an Ethiopian vendor were bravely wandering the crowds and offering some Ethiopian coffee in a traditional Jebana. I'm a little obsessive with Ethiopian, Greek and Turkish coffee being done the traditional way and somehow they pulled it off. I really appreciated the effort. 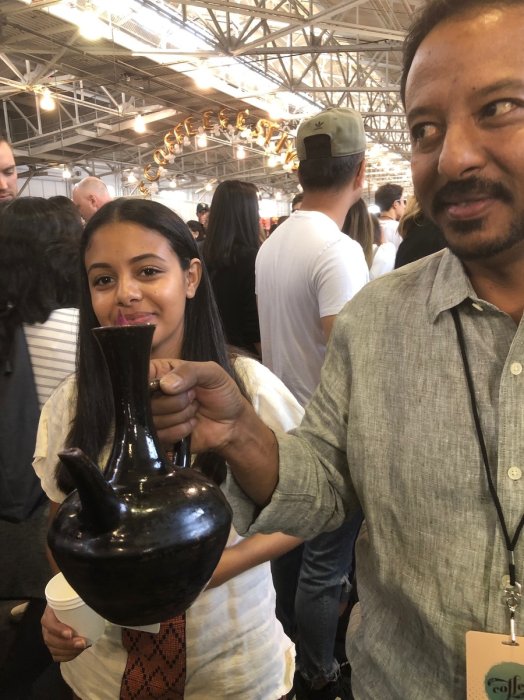 I've been poking around new instant coffee offerings (now, here me out) such as Voila and while it is obviously not something I would choose as a daily driver because of price and so many other obvious reasons but it is a much better option than say when I'm visiting the middle of nowhere and there's absolutely nothing and someone forgot to pack my brew equipment. Not naming names. I was hoping to see at least one exhibitor offering higher end instant coffee. And it wasn't bad either, in a pinch. 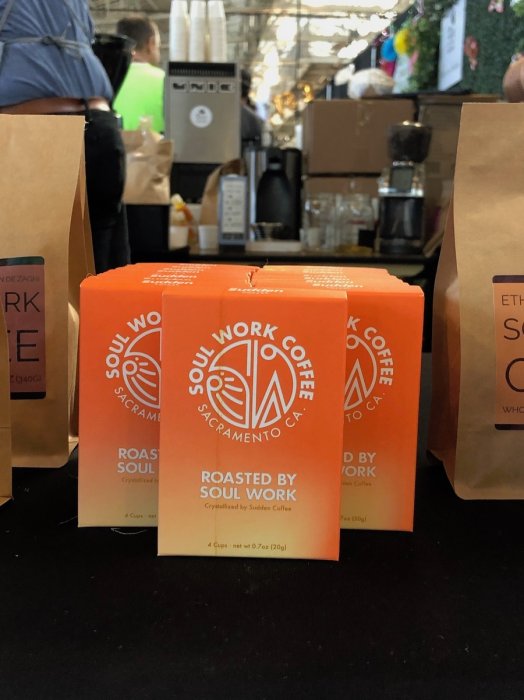 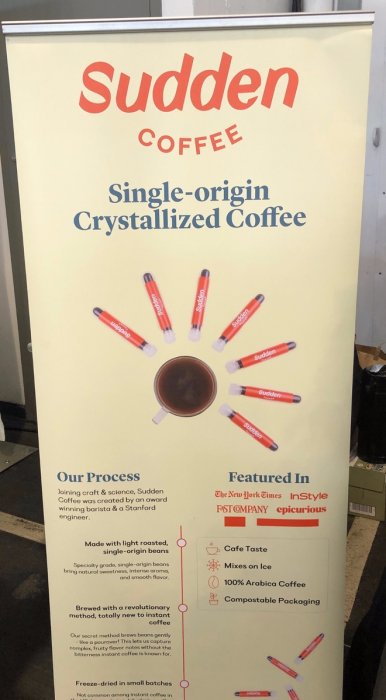 Aside from some of the quirky issues that typically plague new events, it's definitely worth attending. I'll be be there next year maybe even as a vendor, who knows. It's been a few years since I've attended a coffee event such as the SCAA and I discovered this weekend I don't have the coffee sampling chops like I once did so I think I'll bring a sandwich just in case I hit an espresso wall. 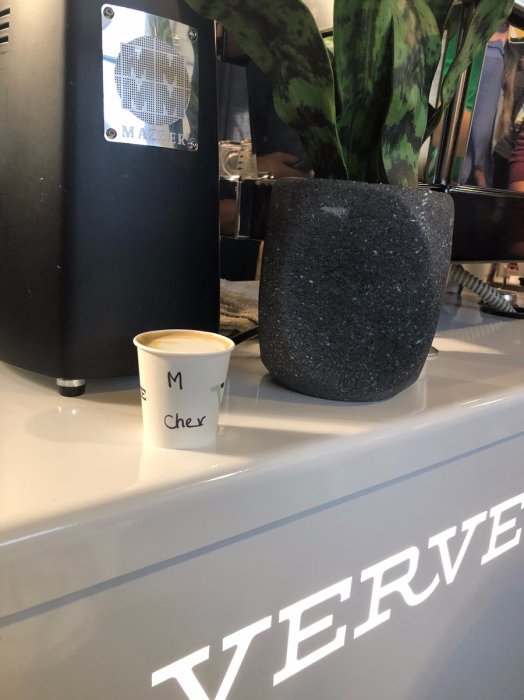 doubleOsoul wrote:Hi Julia
I'm here and taking pics and get some info to post on this thread. Pm me so we can meet
Cher

Even if a bit crowded, looks like it was still fun and worth a trip! Too bad I wasn't able to make it after all.
Top
← Back
By accessing this site, you agree to the site's terms of service. If you need help with the site, please contact us.