For sale is my Slayer Single Group, purchased new from Clive Coffee in December 2015. I had the side and rear panels powder-coated turquoise.

For full transparency, I'm the one who started this thread: Slayer Single Group Maintenance, which lists the things I've had to maintain on the machine - Slayer has been helpful along the way, even if I disagree with some of the things they've charged me for. The machine runs great now, and makes exceptional espresso. I'm kinda sad to part with it, but I'm needing to downsize.

The walnut feet aren't attached - I just found that I needed a little more height to get it to drain fully, but that's just because of where I had to run the drain line. Follow Slayer's drain guidelines and you'll be fine.

$6000 picked up in Seattle. If you want to pay for crating and shipping elsewhere, let's discuss. 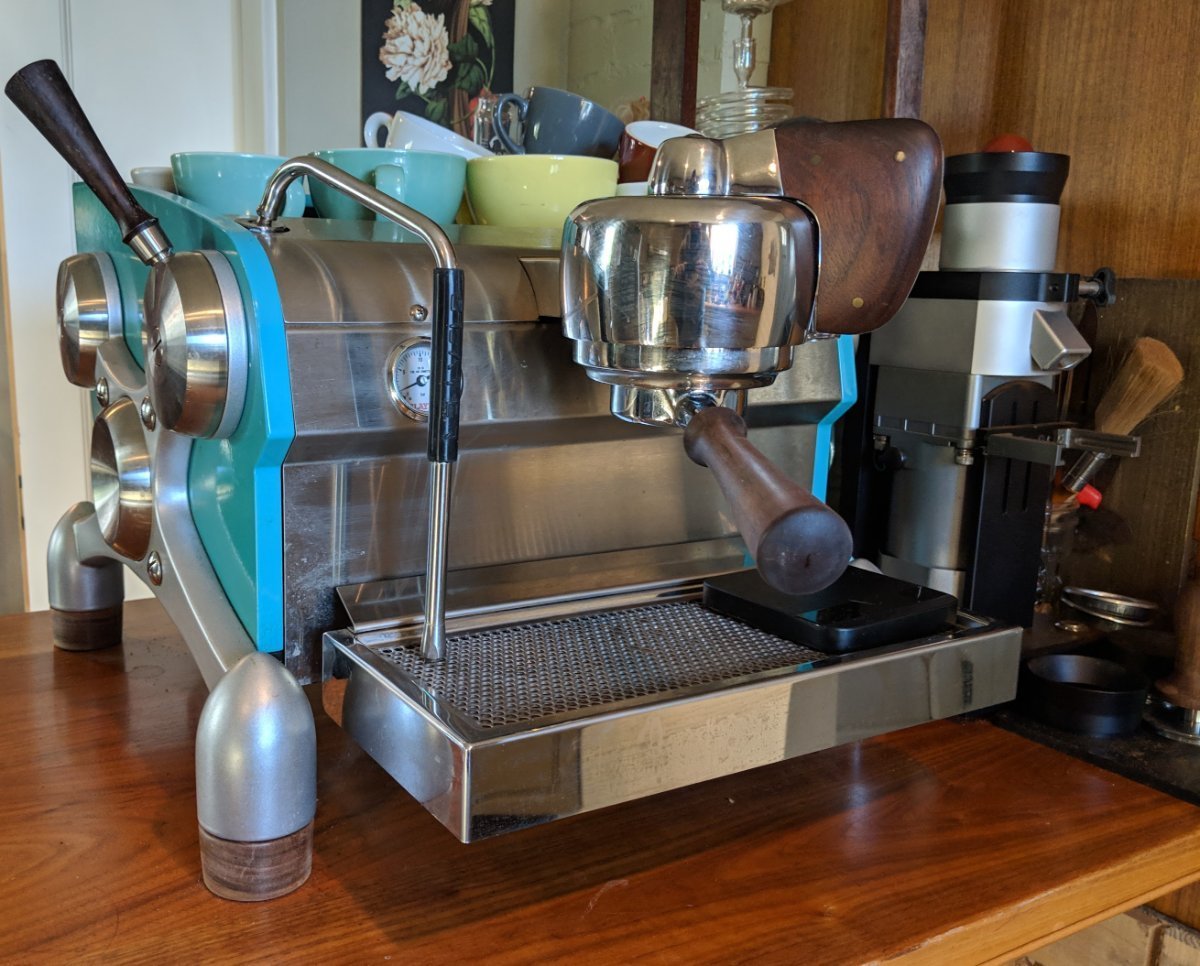