Hi there, up for sale is a Cafelat Robot. One of the arms does have scratches and scuffs on it, which I have tried to highlight in the pictures. It originally had the pressure gauge attachment (not included) and I wanted to remove it. However both set screws were stripped and I pretty much had to pry it off.

This includes the accessories that normally come with it, such as the portafilter, basket and screen, tamper, rubber cup holder, and dual spout. (Rubber cup holder and dual spout not pictured, I always left in the box). In addition, I will include 3x replacement seals, a little mirror to watch your shots, and an extra basket and screen. I found that having two baskets makes it very easy to pull 2 shots in quick succession. 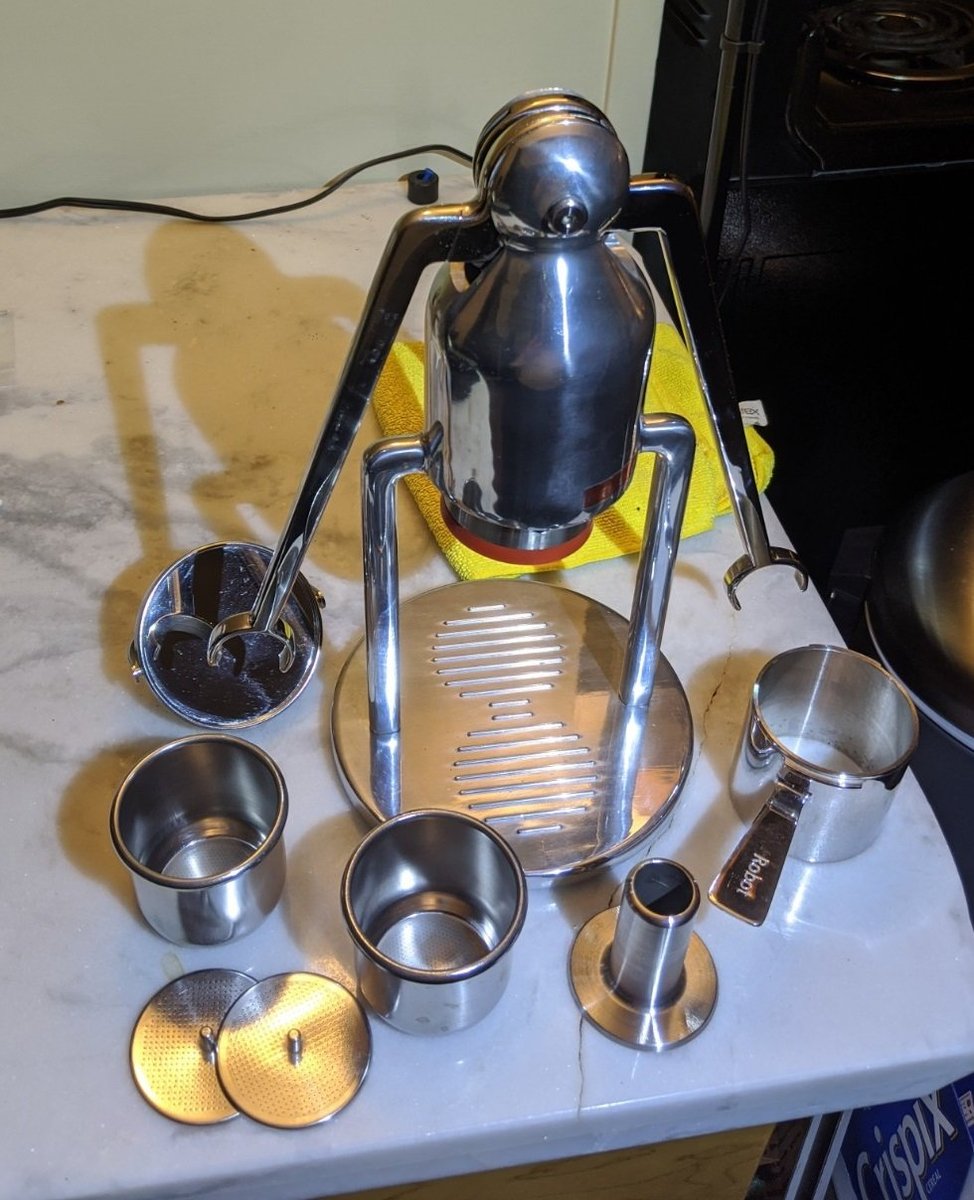 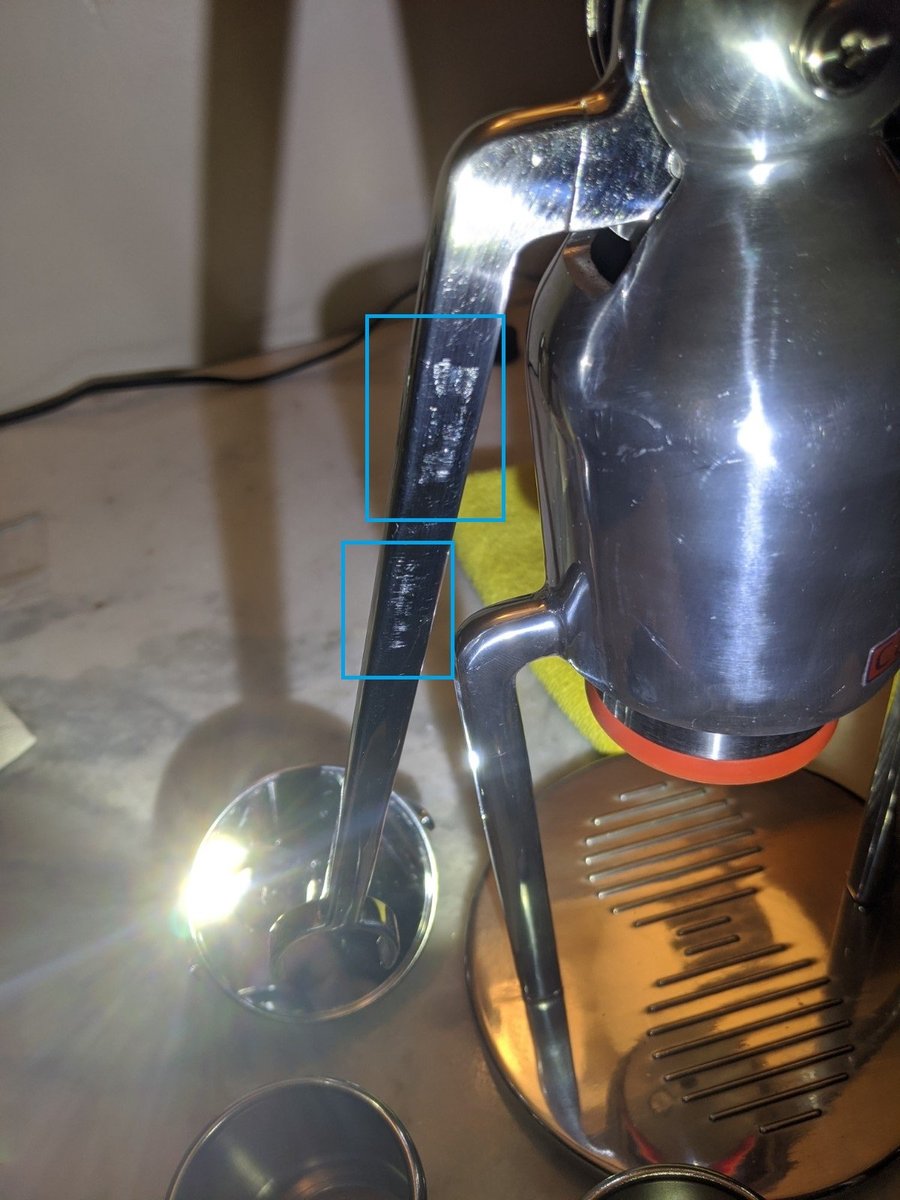 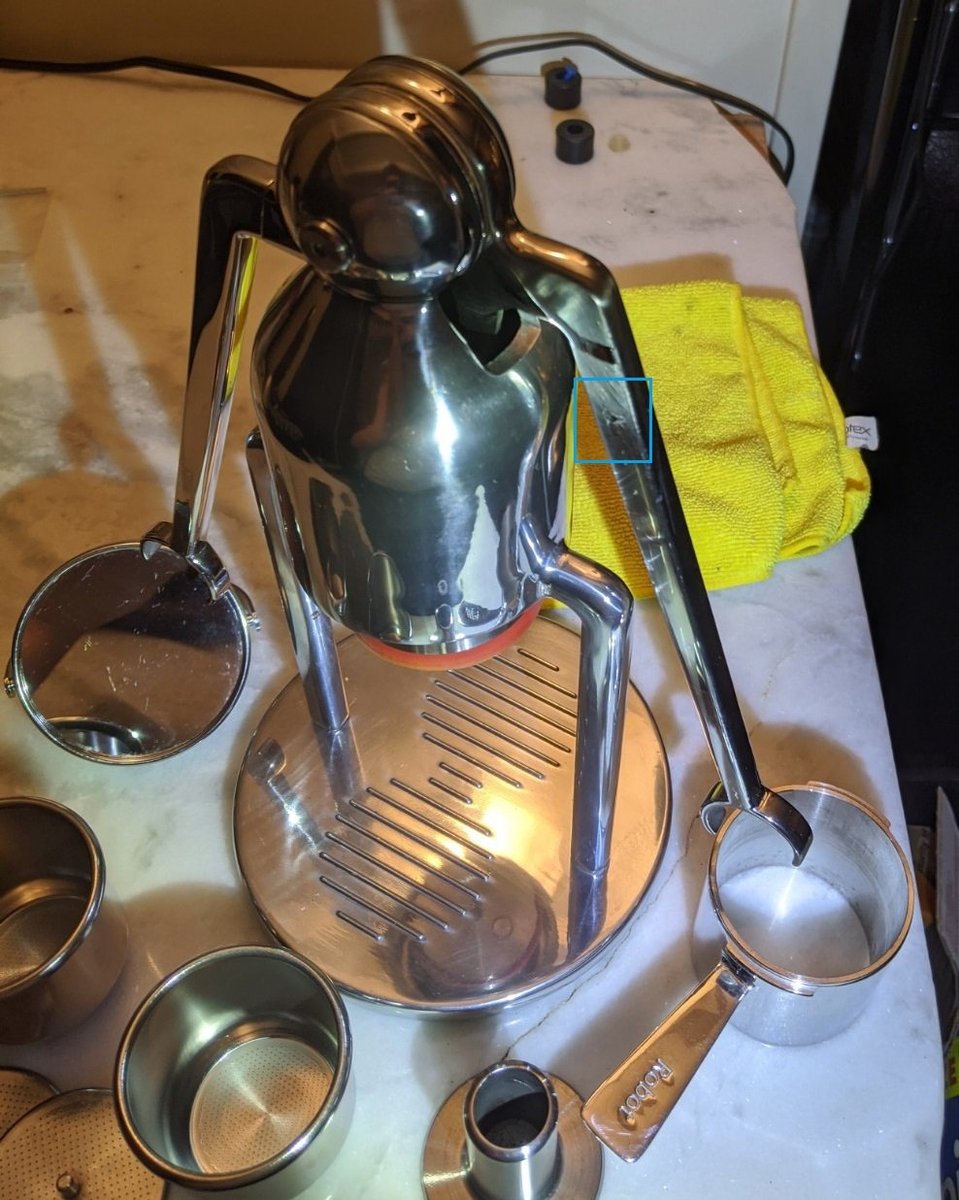