As it happens, I ordered the same filters from Amazon using the same link you provided just a day or two earlier, and the filters are identical to the Hario V60-2 filters I got with my original brewer order from Prima Coffee a while ago. No little tab, same thin, slightly textured paper as the first two sets of 100 filters I've used. No differences in brew times, etc.

Maybe they caught wind of the discontent - there are many negative reviews on Amazon claiming they've been getting knockoffs.
Top

How likely is it that I would have received fake Hario filters? The packaging looks legit. The filters however are totally different.
Top 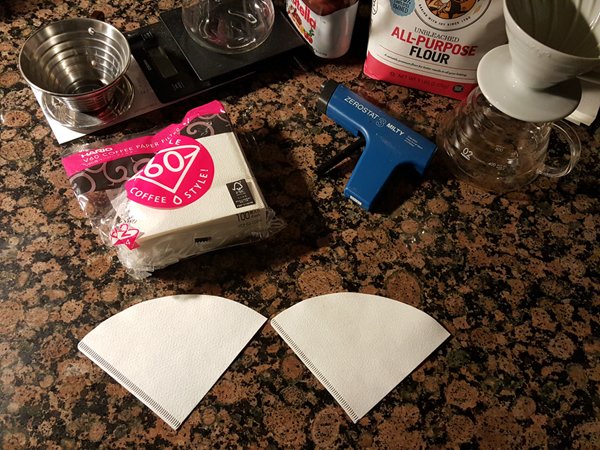 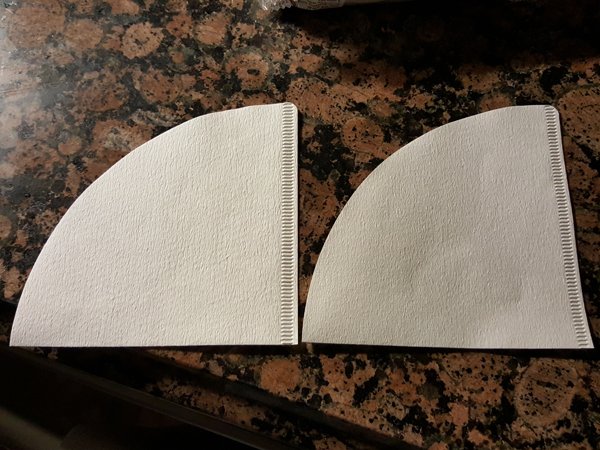 I think they're the same - the new ones are *slightly* darker, but same crimped side, similar texturing and same great, thin paper.
Top

I think they're the same - the new ones are *slightly* darker, but same crimped side, similar texturing and same great, thin paper.


Those look my old ones. The news ones I received now have a tab to help open them, similar to the Technivorm brand filters. I'll get a pic posted later.
Top

The pictures of the VCF-02-100-JW - 100 count, white, cone type filters show a tab, sure sounds like a mix-up at the factory where they put the wrong filters in the package.
-Chris 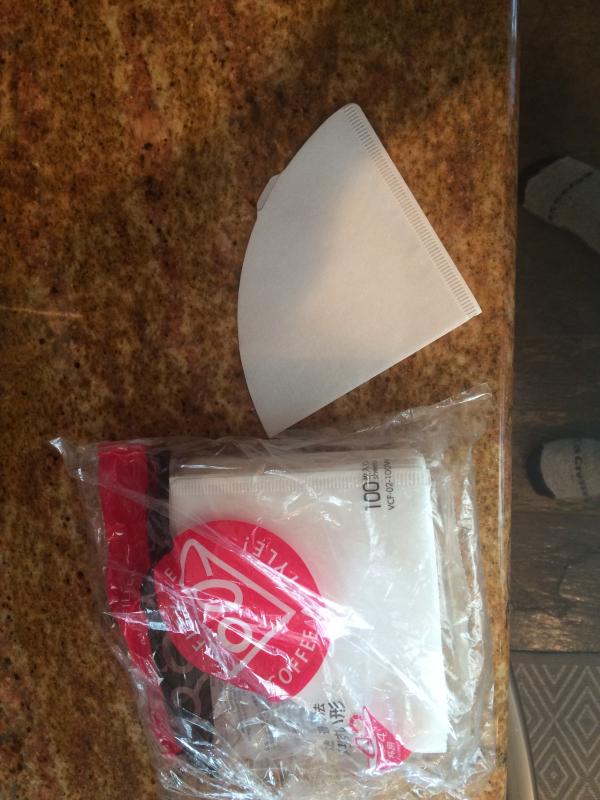 I guess Hario really did cheap-out and "redesign" their filters. The vendor links are now starting to list "New design".

That vendor link shows the VCF-02-100-JW part number on the packaging, the ones that come with the tab. I wonder if Hario is still selling the VCF-02-100-W filters.
-Chris


If you look at my screenshot the package shows VCF-02-100-W. Unless it's a mix up at the factory, which I doubt, they changed their filters.
Top

If you look at the image on the latest vendor link you posted, the part number is VCF-02-100-JW. It's fuzzy and you have to zoom in, but it's there.

You could try buying the filters from Prima or another vendor, maybe they can verify the part number and presence or absence of the tab before you buy.
-Chris

LMWDP # 272
Top
← Back •
By accessing this site, you agree to the site's terms of service. If you need help with the site, please contact us.