Coffee preparation techniques besides espresso like pourover.
← Back to Brewing

I got my Virtuoso with the Preciso burrs about two weeks ago and have been trying to find the correct grind setting for drip and pourover. It seems most people are using in the 18 to 20 range. On setting 22 it seems to be too fine. I compared it to some pre ground and it was definitely finer. Today I tried it with my clever dripper for the first time and it pretty much stalled it. I started draining at 3:15 and it was still draining very slowly at over 5 minutes. I checked to see where the calibration was and it is in the middle of the center setting so it should be in its neutral setting. Is it unusual for the calibration to be this different from machine to machine? I am going to try setting 25 next and see how that goes. I have been having a hard time with my v60 pourover also draining to slow to get the right brew time. I attached a picture of it on setting 22 compared to a dime for scale if this helps. 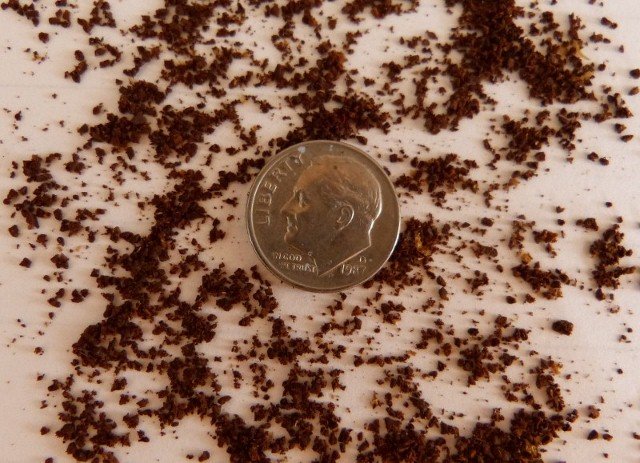 Well if my preciso is the same as yours I found that when I first got it that I was grinding coarser too, but after time it seems like I am grinding finer now. So perhaps its just part of the break in period, I wouldnt worry about it.
Top

I hope that is the case. I brewed today using my Bonavita brewer and after the water reservoir was empty the brew basket still had a lot of water in it and it took a pretty long time to drain. In fact i stopped it eventually because I did not want it to over extract.
Top

Just make it coarser the numbers are just guide lines so you can brew different brew methods and then go back.
Top

I keep adjusting more and more coarse. The problem I seem to be running into is that the grind is getting pretty inconsistent. It does not seem any more consistent than my Capresso Infinity. AT setting 26 the other day my Bonavita drip maker took almost 9 minutes to finish draining. All the water was out of the reservoir by about the 5:30 mark. The grind did not look very fine. It looked to me to be pretty close to some store bought preground. I am wondering if I am getting too many fines and they are clogging the paper filter.
Top
← Back
By accessing this site, you agree to the site's terms of service. If you need help with the site, please contact us.