Behind the scenes of the site's projects and equipment reviews.
← Back to Blog • 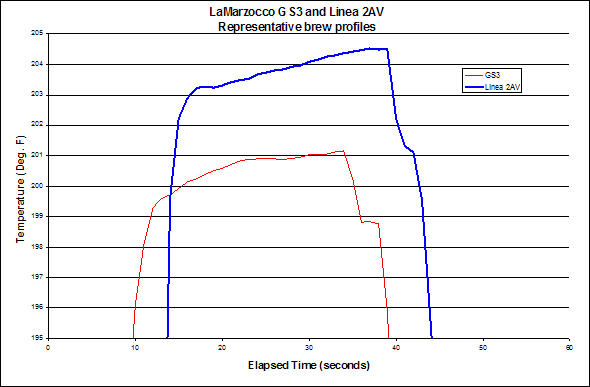 "Taste is the only morality." -- John Ruskin
Top 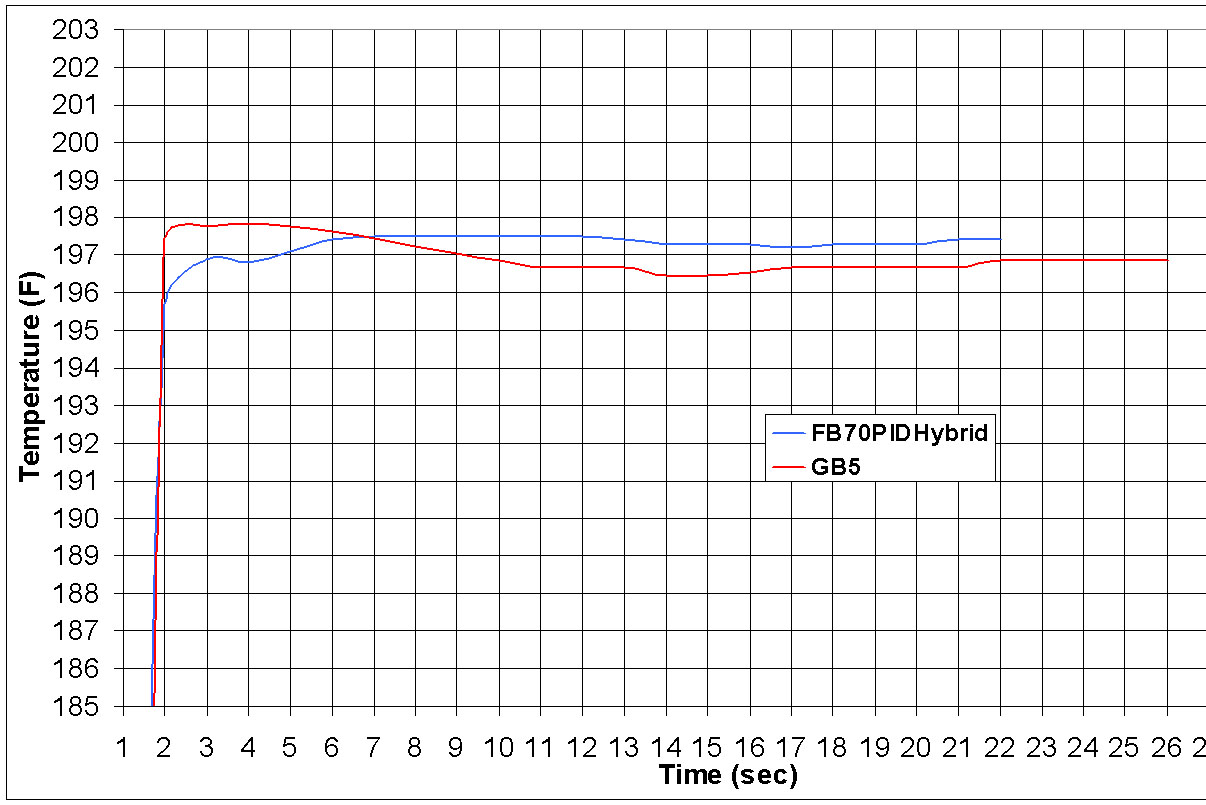 I used the same scaling for temperature 185 - 203 for easy comparison to Cinergi's graph.

That measurement is the second shot after these machines have been sitting idly for over 30 minutes, so I think it's quite representative.

I used a coffee-loaded filter basket with a K thermocouple and my Fluke-54II, since I don't have the Scace device.

The FB70 has been PIDed and has 2 hybrid groups.

Get a Scace, otherwise this isn't apples to apples...
In general, folks should always define the equipment and protocol when posting these results
"Taste is the only morality." -- John Ruskin
Top

My results were based on the WBC protocol using a calibrated Scace device. The results along with the raw data were sent to Greg.
Top

malachi wrote:Get a Scace, otherwise this isn't apples to apples...
In general, folks should always define the equipment and protocol when posting these results

Defined my equipment and procedure.

IMO, even if not exactly the same, the results are still representative (there has been a discussion about that here on HB).
And, I'd expect rather more variability with coffee than with the GC device.


I don't have any experience on a GB5 but your graph shows it hitting temp in a second.... Am I reading this correct?
The response time seems too fast for some reason.

...after 2 seconds. I started that graph picture at second "1", sorry, if this was misleading. Clock started ticking at zero, so after 2 seconds (and the fraction of the second that it took to start logging) it was at temp. I have another shot where it's closer to 3. So somewhere between 2 or 3 seconds. And I flushed for 2 seconds immediately before locking in the PF and hitting the button.

wogaut wrote:And I flushed for 2 seconds immediately before locking in the PF and hitting the button.

ahhhhhh
"Taste is the only morality." -- John Ruskin
Top

I promised a shot comparison today between the Cyncra & my home machine, but this will have to wait. Mark Barnett of Synesso is looking into a new type of valve to replace the faulty one I have in my Cyncra. This will take a little longer. But perhaps delaying the head to head test is not a bad idea. I am going to be in Denver on Friday to work with the Versalab M3 espresso machine. It has been said that it produces high definition shots when it comes to clarity. It is my feeling that the comparison between the Cyncra and my home machine will boil down to clarity. I will use my experience with the Versalab to establish the high mark for clarity to which I will compare the other two machines
Abe Carmeli
Top
← Back •
By accessing this site, you agree to the site's terms of service. If you need help with the site, please contact us .