Behind the scenes of the site's projects and equipment reviews.
← Back to Blog • 47 posts •

naked_barista wrote:Any word on a retrofit kit to make the current M4 doserless into an M4E?

Similar to when the stepless grinder was introduced, there are no plans to create a retrofit kit.


Niko wrote:I'll be all over this one, unless it doesn't fit well with Spaziale 53mm PF's...

The clearance is slightly less than the Mini E, but it shouldn't be a problem. I'll double check with Ian (woodchuck), who owns an S1.


podo98 wrote:Do we know when the Macap will be available?

Chris says his order is expected mid-August. He's accepting pre-orders; as always, I will nag him about a discount for HB members.

Nice.
Thanks Dan.
Similar things were said about the Mazzer doserless type B with the S1 (not distributing properly), it works just fine for me.
Top

It's been almost two years since the Mazzer Mini E was added to the espresso grinder reviews, so this morning I switched grinders to refresh my memory of it. I admire Mazzer's consistency: Knowing my own grinder, I estimated the Mini E's correct grind setting based on the "start here" sticker and was dialed in by the second extraction.

In addition to the difference in adjustment mechanisms described earlier, these two grinders have distinct grounds delivery mechanisms, namely a "snout" (Macap) versus "funnel" (Mazzer). The Mazzer's funnel directs the ground towards the portafilter with the aid of a thin wire mesh at the chute's exit. Gerald explained its purpose in the previous Bench research thread, Mazzer Mini E Doserless, Type A & Type B:


singforsupper wrote:Dear Mazzer Mini owners, I want to share my experience regarding the wire screen in the chute of the Mazzer. The message is... I suggest that you DO NOT REMOVE IT!

Now... for those of you less familiar with the inside of the distribution cone on your machine you may be asking where is the "wire screen?" When you take off the touchpad lid (model A) or the plain lid (model B) covering the cone you will first see a finger guard. 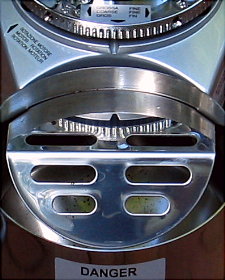 Some people including myself have removed this finger guard in order to allow cleaning out of the cone with a brush. It removes with two screws. Then you will see a wire screen over the chute inside the cone.

I removed the wire screen by taking off the entire cone with the removal of two more screws. I then took my dremel and gently ground out the wire to have smooth edges where it was removed. This resulted in one major problem, static. You may have seen reports of static issues already. Well, they are true. This little wonder screen actually keeps static electricity out of the grinds. Without it, the grinds sort of spray out of the cone and stick to the rim of the PF basket and fly onto the counter. Normally the Mini E really sends an accurate stream of grounds into the center of the PF. Also, because of static, the grounds tend to pile up inside the cone and then "avalanche" unexpectedly into your PF. This NEVER happens with the screen in. If fact, you never really have to clean the cone with the screen in. Other problems previously mentioned such as clumping were not a big issue, but presumably due to the static, I also had blonding no matter how hard I tamped.

My story, as gut wrenching as it is, has a happy ending. Distressed that my mazzer was out of sorts I called 1st-Line Equipment where I bought my mini E. They could not get a wire screen or even an entire cone assembly. Chris' Coffee could not get me the part either. So, I called Mazzer direct in Venezia (Venice), Italy. A gent named Luca answered. We conversed in English and I explained my stupidity. He took pity on me and airmailed a new wire screen and gasket at no charge. Here is a view of the gasket and wire screen from the back of the detached cone. 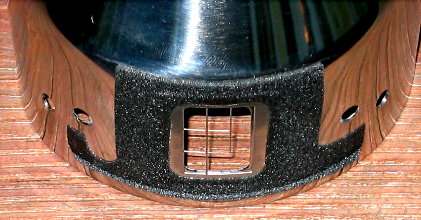 Thank you Luca and thank you Mazzer. Thank you Dan Kehn for the use of the photos on this post. I replaced the old gasket and disfigured screen with the new ones and my Mazzer Mini E now works like new.

What isn't evident is the role this tiny wire grid plays in declumping. With the standard doser Mazzer Mini, the grounds are flung out of the chute. The few clumps that are formed can be broken up by the thwack thwack thwack of the advancing doser vanes, proving they aren't entirely superfluous in the home barista's milieu. The Mini E's wire grid impedes the rapid expulsion of grounds, reducing the grounds' exit to their final resting place from a forceful ejection to a steady extrusion (think coffee grounds = Play-Doh):

Once the bits of grounds pass the grid, they tumble down the funnel's slope. Below is an interior view of the Mini E's funnel with the finger guard removed:


Long road to the portafilter basket

Between the wire grid's slicing action and the funnel's tumbling action, a lot of the clumps are broken up, which roughly mimics the stirring of the foolproof Weiss Distribution Technique. The end result is basket of grounds that approaches the clump free ideal of the doser sample:

Plastered on the side of the Mazzer Mini E is a sticker "US PATENT 6,948,668 B2". Curious about what claims they registered, I searched for the details of the patent and found Coffee grinder-dispenser. It was issued Sep 27, 2005 to Giovanni Mazzer. Its abstract states:


A coffee grinder-dispenser comprising a base, a grinder located within the base, an electric motor for operating the grinder, and a hopper, or cup, for receiving the coffee beans to be ground. A funnel is secured to the base, to receive the ground coffee, or powder via a distribution channel that extends in a horizontal plane. A grid, comprising spaced stainless steel rods, extending vertically and horizontally, is positioned in the entry hole or port of the funnel in alignment with the distribution conduit of the grinder-dispenser. The grid reduces the velocity of the ground coffee, or powder, so that the powder does not accumulate upon, or adhere to, the walls of the funnel. Consequently, when a lever on the base is operated, an accurate amount of ground coffee is discharged from the funnel into a conventional filter holder.

I read the claims carefully and the thrust of the invention is "an accurate amount of ground coffee is discharged from the funnel into a conventional filter holder." I noticed the clumping was reduced too, but that was not among the claims. Perhaps it's because John Weiss had already donated his WDT to the public domain?

While many love the convenience and neatness of doserless grinders, a common criticism leveled against them is that they produce clumps, leading to uneven extractions. For the photographs below, I ran the grinders for 10 seconds to purge old coffee from the grinder and then let the grounds fall onto a piece of white cardboard. First the grounds from the Mazzer Mini E:

And now the grounds from the Macap M4 Electronic Doserless:

The coffee is Intelligentsia's Kid O's Organic Espresso. It doesn't have a tendency to clump and indeed the Mini E's grounds are nearly indistinguishable in terms of texture from grounds dispensed from the doser-equipped Mini "competition style." In sharp contrast, the Macap doserless has large visible chunks. Based on appearances, the grounds dispensed from the Macap looked like the poster child for the Weiss Distribution Technique. But as evidenced from the thread Why don't pros use the WDT, not everyone agrees it's the only solution for an even extraction.

The next installment will be a series of videos comparing a bottomless portafilter extraction using the WDT and my modified Stockfleth's Move. Inspired by Dave's Dialing in a new espresso machine, the videos of the less than ideal extractions as I adjusted the grind setting will be included.
Dan Kehn
Top

Woah Dan!
Is that first picture from a Mazzer Mini E Doserless or the regular dosing Mini?
What an unbelievable difference!
I don't get that sort of clumping on my current MACAP doserless, looks like that one has static problems or something.
Top

Niko wrote:Is that first picture from a Mazzer Mini E Doserless or the regular dosing Mini?

It's the Mazzer Mini E Doserless. It may be a difference in coffee or humidity, but the grounds do appear more uniform than my recollection and photos from the prior Mazzer Mini E Doserless, Type A & Type B writeup. I'll try other coffees over the coming weeks and report back if the clumping is significantly different.
Dan Kehn
Top

Is it a lack of the MACAP having a screen like the Mazzer before the grinds shoot through the chute?
I can't get over how clumpy those grinds look...but I still want one (clumps don't scare me).

BTW, forgot to mention that 1st pic you posted of the 2 grinders side by side, it looks like Darth Vader next to Luke Skywalker.
L O O o ok...I am your grinder.
Top

Niko wrote:BTW, forgot to mention that 1st pic you posted of the 2 grinders side by side, it looks like Darth Vader next to Luke Skywalker.
L O O o ok...I am your grinder.

Funny you should mention that, its the first thing I thought when looking at this thread.
Also funny because I'm watching Star Wars: The Legacy Revealed on the history channel as I type

Niko wrote:I'll be all over this one, unless it doesn't fit well with Spaziale 53mm PF's...

Ian borrowed the two grinders for some "beauty shots" and confirms the bottomless / spouted portafilters fit without problem. 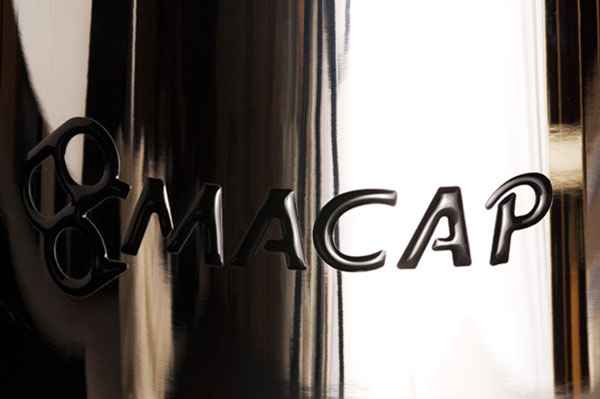 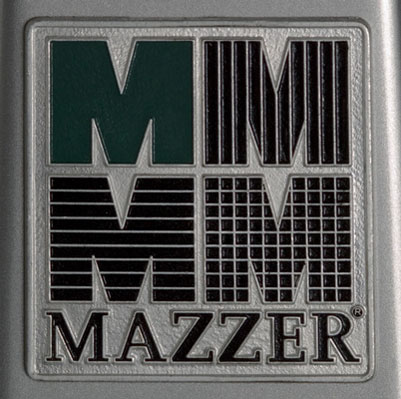 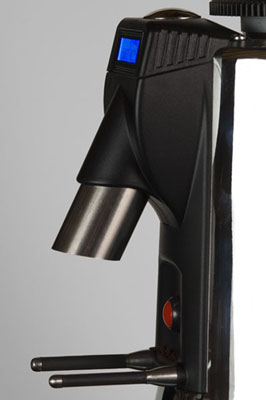 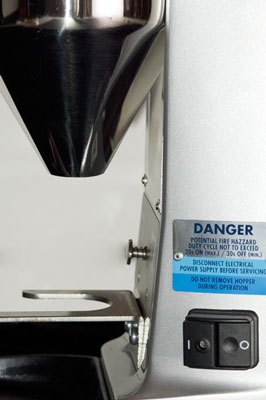 The photos above are copyright Ian Stewart, please do not copy or redistribute.
Dan Kehn
Top
← Back • 47 posts •
Sponsored by Urnex