Behind the scenes of the site's projects and equipment reviews.
← Back to Blog • 60 posts •

I just made a cappuccino for my girlfriend (pre-work drink). Steaming seems very good.

About to start pulling shots.
"Taste is the only morality." -- John Ruskin
Top

Started off with a Stumptown Hairbender cappuccino for the girlfriend (she had to run to work, so there was some good time pressure - felt like working the bar again). I'd not played around with the steam wand at all before this. First pitcher of milk... hmm... actually, quite good indeed. Not the world's greatest latte art (to say the least) but acceptable. Cool. 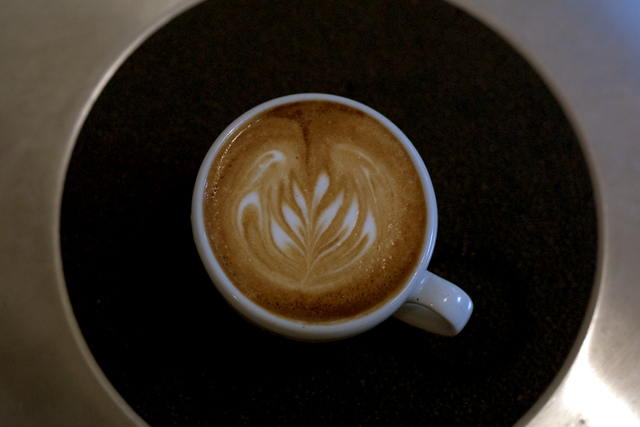 Then some shots of the Hairbender for myself.
First thoughts are that I seem to be getting more of the "clarity" from the espresso made with this machine that with other home machines. It's still not quite as defined as what I would get off a Mistral or the like, but it's less fuzzy. I'm thinking it is probably the result of the rotary pump in this case. 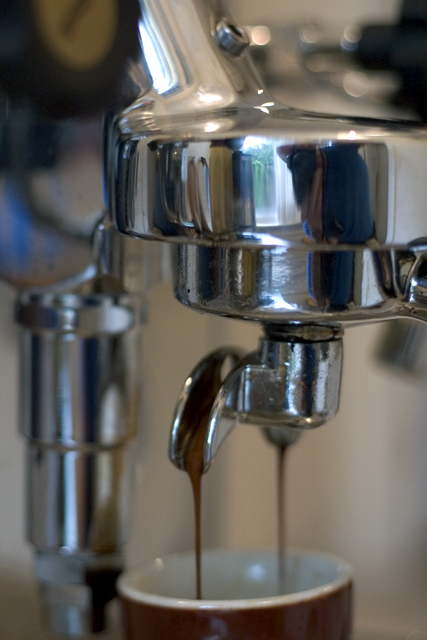 I'm also finding that, with the Bricoletta, the "water dance" temp surf methodology is far easier and more effective than I'd found with other machines. I still prefer to temp surf immediately before pulling the shot - I find that I get a flavour profile out of the coffee that is more similar to what I'm used to. Personal taste is all.

I then switched over to the Zoka Col. Fitzroy.
I think this would be an ideal blend for many home espresso enthusiasts - especially those who drink milk drinks. It has a pretty wide range of tolerable brew temp - it's robust... If you make lattes or the like at home, you should try this one out.

I steamed up a bunch more milk - this machine steams quite well. I like the stock two hole tip well enough (though I had to use some teflon tape to stop it from leaking). The wand orientation is good. Power is sufficient. I'd like to try a couple other tips and will do so - I would guess that I'll find there is a tip out there that has a dispersion pattern that I prefer, but stock, out of the box, the Bricoletta seems to steam quite well. 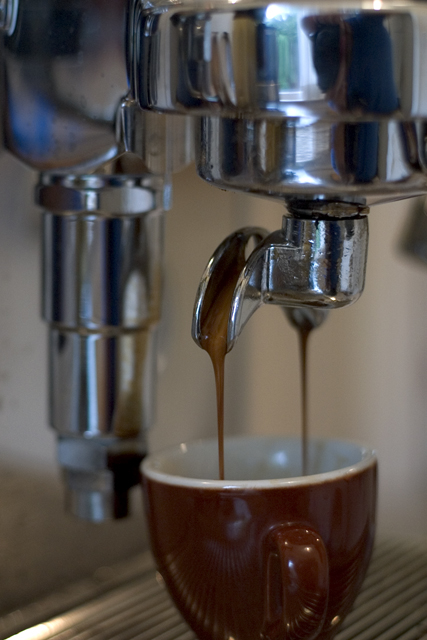 I'm going to pull some single origins later on - it should be interesting.
"Taste is the only morality." -- John Ruskin
Top

What pitcher size are you using for steaming?
Abe Carmeli
Top

12oz
It's what I have always prefered for everything except 16oz drinks (which I never make at home).
"Taste is the only morality." -- John Ruskin
Top

And on to an afternoon of single origin tinkering...

First up - the Zoka Organic Yirgacheffe. Then the Stumptown Guatemala Finca San Vincente. 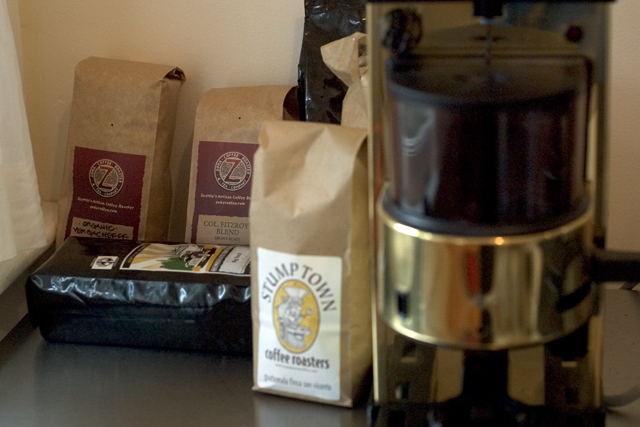 The Yirg took some doing to get right. It seems to be best (to my taste) with a seriously coarse grind, a 18oz double dose and a 1.75oz extraction in about 28 seconds. After experimenting a whole bunch, I dialed it in and got some wonderful, aromatic, fruit and chocolate bomb shots. 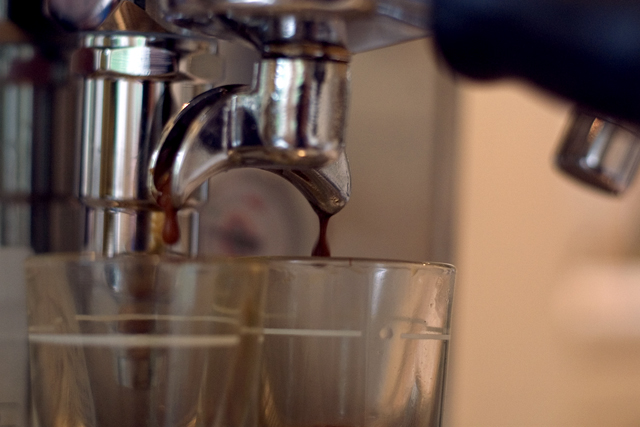 I then moved on to the San Vincente. I've pulled shots with this coffee in the past, and found it to be a wonderful origin espresso. It lived up to all my expectations. Chocolate covered cherry goodness! 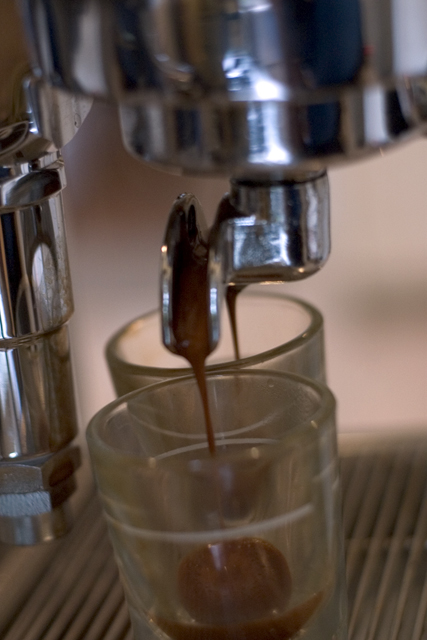 While the Bricoletta seems to hold the promise of getting more out of a commercial espresso blend that the home machines I've used in the past - it seems to still shine brightest with the single origin espressos. The shots of both the Yirg and the Guat were on par with what I've had from commercial espresso machines. Really lovely.
"Taste is the only morality." -- John Ruskin
Top

I have a few questions since you are a proxy to the machine and I haven't seen conclusive pictures yet...

Are there appreciable gaps between the cup warmer and the corrugated metal surrounding it? (Do you feel like taking a top-down photo?) Where do the in and out hoses join the machine? How is it to use plumbing out in a home context? It sounds convenient as long as it's easy to keep everything clean. 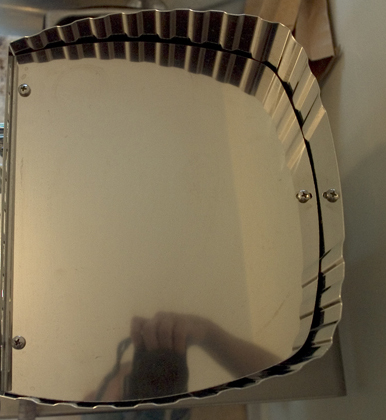 Due to corrugations there are gaps. I don't consider it to be any issue - it's not like it's a functional problem if you know what I mean. 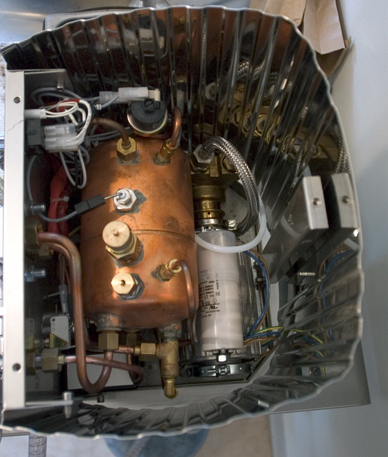 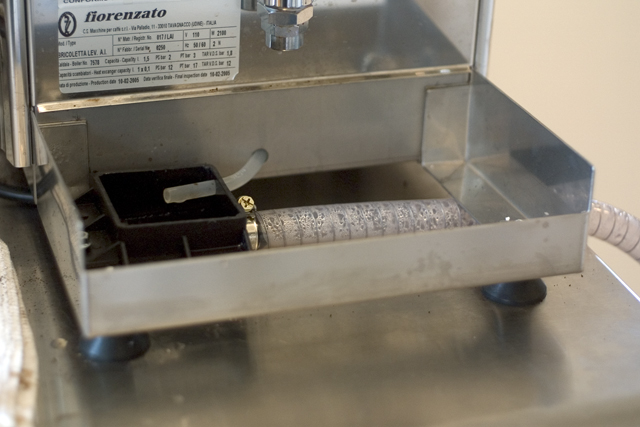 Stainless hose in back, left corner in middle photo is intake. Clear plastic hose in last photo is drain (located under drip tray).
"Taste is the only morality." -- John Ruskin
Top

Kyle (Larson, 2005 WRBC Champ) came over to play with the machine. After a couple (aborted) tries at good milk (OK, he's used to the Mistral) we decided to swap to the Gold Pro Tip.

Suffice it to say that this was a good decision... 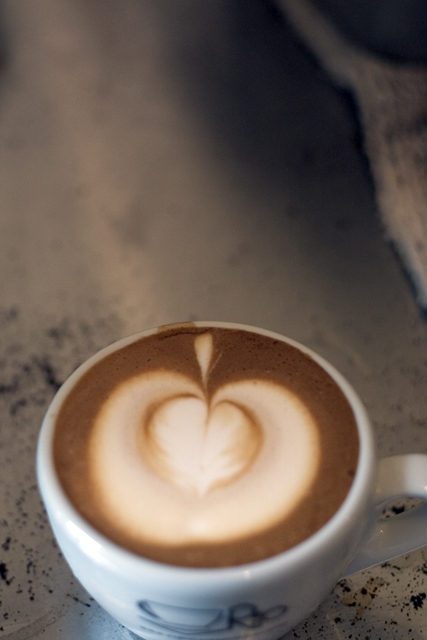 I'm hoping to source a couple other tip options to try out.
"Taste is the only morality." -- John Ruskin
Top

Man, chris, that's really interesting about the steam tip. It's lacking, as well, or do you think it's maybe just harder to get used to?
Top

I'll chime in with my two-cents worth...

Every machine is different, every machine requires some technique adaptation. I have a new sense for this after spending weeks on the A3, then "gearing down" for the Brewtus (link). I bet with enough practice, Kyle could steam a decent microfoam with a straw and some of Houston's hard summer wind (yes, it is that humid).
Dan Kehn
Top
← Back • 60 posts •
Sponsored by Urnex