I need to pick up a second, preferably doserless, grinder for decaf. I pull 4-5 drinks every morning but one person needs to have decaf (unfortunately). I'm pretty tired of having to empty the M4 to grind a weeks worth of the decaf.

what type of drink is the decaf drinker making? I have an old Solis Maestro that I use for my drip coffee for my Fiancee and she has been perfectly happy with the results. at $99 new, or cheaper used I think it is not a bad buy for drip or press.
Top

Sorry, I guess I should have been clearer. I need this for the 5th shot I'm pulling everyday. So, it's for decaf espresso. Obviously, the grind need not be perfect, afterall, decaf is already a step down.
Fr. John
Top

I bought my sister a Capresso Infinity and gave it a test over a week or so for espresso, drip and press.
It's bettter than expected.

A refurb Maestro is another good option for $63.
Ian's Coffee Stuff
http://www.ieLogical.com/coffee
Top

Capressos and Solis/Baratza grinder may not work well on a commercial group. They are designed for home machines with restrictor baskets and run at their limit for 58mm groups. Some will work and some won't.

The Lux, Innova, Pavoni PGC, and a few others use the Trespade conical burr and will work. They run around $150 to $200 new, but can be found on Ebay used for less.
Jim Schulman
Top

Jim I like the looks of that Mini Pro II. Have you tried it?
Fr. John
Top

The Gran Macinino, which uses the same Trespade burrs, does no better than a Maestro or Capresso on the Vibiemme e61.

I bought it thinking it would be a nice upgrade from the Maestro for the occasional LeadFree guest, but was sorely disappointed. The only reason it wasn't returned was the missus thought the chrome looked nice next to the Vibiemme.

Can't say if some Capresso's would not be up to the task, as I only tried the one.

cafeIKE wrote:The Gran Macinino, which uses the same Trespade burrs, does no better than a Maestro or Capresso on the Vibiemme e61.

That's probably because it doesn't use the Trespade burrs. 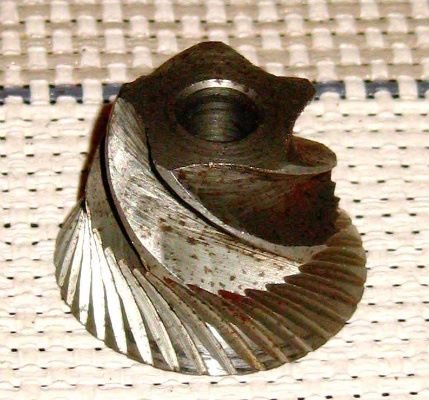 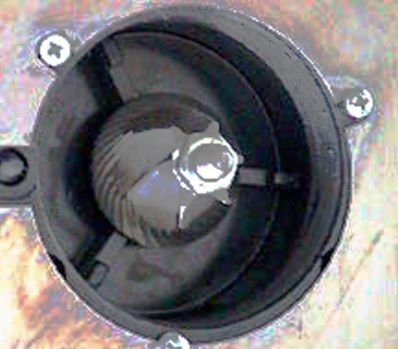 Notice that it has almost no twist, and six not five coarse channels. Moreover, it is made of polished base metal, not carbon steel, the motor is underpowered, and the burrs are poorly defined. In other words, it's a piece of junk.

The Baratza and Capresso are far better grinders than the Isomac. But, repeating the sales copy of the manufacturers themselves, for about the 500th time, not designed for commercial groups.
Jim Schulman
Top

Then I've been laboring under a misinformation for quite a while.

Perhaps that explains why performance is somewhat less than stellar. Thanks for clarifying.
Ian's Coffee Stuff
http://www.ieLogical.com/coffee
Top

I apologize for getting testy.

There's a lot of people looking for inexpensive grinders and there's a lot of misconceptions. People make and repeat mistakes through no fault of their own, and I start to snap.

The Capresso and Baratza grinders work well on home machines with restrictor baskets, but they aren't really designed for regular PFs and baskets. Sometimes they are workable, but the taste is never as good as that from a proper grinder

The Isomac grinders are, as far as I could find out, fancy cased versions of a very low end Italian mochapot grinder. It sort of works for espresso, but has poor taste. People have been confusing it a long time with the Trespade based grinders.

The Trespade is the mostly widely used burrset for low volume and home espresso grinders, since it performs so well. The basic Lux is loud and messy. The newer ones made by Ascaso and others are getting very civilized as well.
Jim Schulman
Top
← Back •
By accessing this site, you agree to the site's terms of service. If you need help with the site, please contact us.